Nagpur: The district administration has removed up to 1,58,936 names from the voter list of the district for not giving the photo. He will not be able to cast votes at all in any election to be held next year. 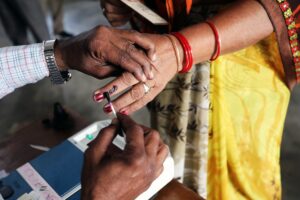 Nagpur Municipal Corporation (NMC) elections are to be held in the month of February next year and out of these removed names, up to 1,14,481 are from the city itself.

Deputy Collector (Election) Minal Vivek Kalaskar has informed that out of the total 42,30,388 voters, up to 2.46 lakh people were without photographs. She has said that from the month of August we started asking him this. Letters were sent to their residences and our officers also went to their homes. Many were not even received at the given addresses.

The notice for suggestions and objections was published on the date of November 1 and about one month’s notice was also given, which ended on Tuesday.

Around 88,024 more voters are also being screened, out of which about 79,800 are from the city itself. Many more names are also likely to be dropped from the list. The district administration has been able to get photographs of voters up to about 18,000 only.

Councilor Virendra Kukreja has said that the names of some voters of his ward have been struck off. They should also be given more time.

According to sources in the administration, this is the first time that the names have been removed due to the absence of photos. He has also said that many have died or have been transferred.

Also Read: Threat to security from private vehicles in ZP school in plaintiff

Threat to security from private vehicles in ZP school in plaintiff