Chandrapur: Dinosaur-like bone fossils have been found in the bed of the Wardha river flowing through Warora tehsil. And one of the bone fossils is up to 4 feet long and up to a foot wide, while the other is up to 3 feet long. The fossils were first reported by villager Vijay Thengne and several school children of Tulana village in the river bed of Wardha which flows very close to his village. Geologist and environmentalist professor whose name is Suresh Chopne. They say that the sand mafia has excavated the river bed up to 8 feet deep, due to which the huge fossil bones have been exposed. And the local people speculate that the sand mafia may have first thrown away other such fossils recovered during sand excavation.

They have visited the site to examine these fossils and have also confirmed that they belong to the bones of any giant animal of the past. He also said that at this place there are also layers of basalt rock up to 60 million years old. But it has been mixed with layers of silt rocks, due to which it has become very difficult to determine the time period of the fossils.

He has underscored the need to carry out a scientific carbon dating process to accurately estimate the duration of these fossils.

Suresh has claimed that this large bone also looks like an animal’s leg. While a bone up to 3 feet long looks like a rib of any giant animal. And based on the size of these bones, they estimate the animal to be about 15 feet high and up to 20 feet long. Although villagers also claim that they are dinosaur bones. They have also stated that the fragile and fragile nature of the fossils suggests that they are no more than about 20,000 years old.

Suresh has also stated that he has informed the regional office of the Geological Survey of India in district Chandrapur about this discovery. And also asked those officers to recover and preserve the bones for further study. District Chandrapur also has a treasure trove of such fossils, but due to the apathy of the government and its concerned department, many such fossils have been lost. 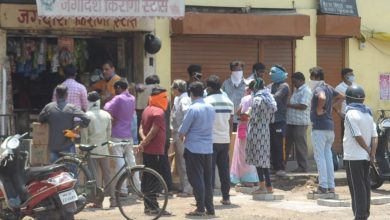 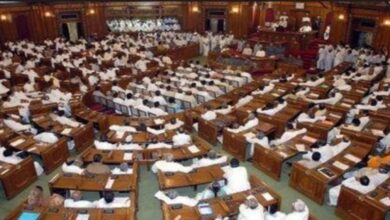