Noor Mohammad, an Afghan man who had lived in Nagpur illegally for ten years before being deported to his home country in June this year, may have joined the Taliban, according to a senior police official in Nagpur, according to news agency PTI. After a photo of the man bearing an assault rifle surfaced on social media, such speculations were rife.

Police have not ruled out the possibility, but have not validated whether the image being circulated following the fall of Kabul on August 15 is that of Noor Mohammad. The photo was obtained by the police from his friends in Nagpur, who tend to claim that the man in the picture is Noor.

“Noor Mohammad Ajiz Mohammad, 30, was discovered illegally residing in Nagpur for the past ten years. He was living in a rented apartment in the city’s Dighori district. The police had begun to monitor his activities after receiving a tip. On June 23, he was apprehended and deported to Afghanistan “said the official.

According to reports, the man arrived in India in 2010 on a six-month tourist visa and was staying in Nagpur. He applied for refugee status to the United Nations Human Rights Council after his visa expired, but his application was denied. He has been illegally residing in Nagpur since then.

An earlier investigation by Nagpur Police revealed that Noor Mohammad’s real name is Abdul Haque and that his brother worked for the Taliban. He was active on social media and had posted a photo of himself carrying a razor-sharp weapon. According to police, the account he used to manage was following some terrorists. According to police, deporting him was a better option than charging him with a crime, as that would have lengthened his stay in the country.

According to the senior official, police discovered “entry and exit wounds” from a gunshot near Noor’s left shoulder after he was apprehended. “He was unmarried and worked in the blanket business. Police searched his rented apartment but found nothing suspicious.

Flipkart 24 Aug 2021 Fake or Not Fake Quiz Answers: Your Way to Supercoins 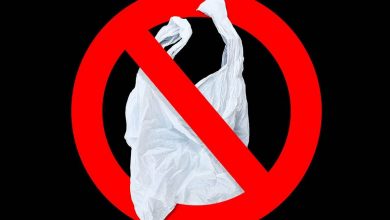