Entertainment Industry is one of the most popular industries in the country, all thanks to immense fan following. However, making big in film or TV industry requires lots of determination and hard work, especially for someone who doesn’t have any godfather. Only a few make it to the industry and keep getting jobs. One such actress is Joshna Mudvari.

Hailing from Kolkata, Joshna moved to Mumbai hoping to make a career in the entertainment industry. She completed her diploma in acting from Actors Character Institute and also joined theater classes to boost her acting capabilities. She is also a classically trained singer. In her early days, she has done quite a few singing shows with top Bollywood playback singers along with her sister.
Joshna Mudvari was doing great with singing shows but she didn’t get the satisfaction. After all, acting was always her first love. She wanted to showcase her acting talent. She appeared for several auditions but she didn’t hear back from them.

Despite so much hardship, Joshna never left hope and continued giving her best not focusing much on the results. Her hard work paid off and she got a chance in a popular TV series. She made her acting debut in TV queen Ekta Kapoor’s TV show titled Pavitra Bhagya, where she had a cameo role. Her performance in the series got lots of attention from fans, as well as it put her on the map. Post Pavitra Bhagya, she also got to play an important role in the Indian fantasy TV series Naagin 5.
After appearing in two popular series Pavitra Bhagya and Naagin 5, Joshna Mudvari is looking to make it big in the TV industry. With the way, she is working, it won’t be wrong to say she is destined for big things in her life. We wish her luck for all her future projects. 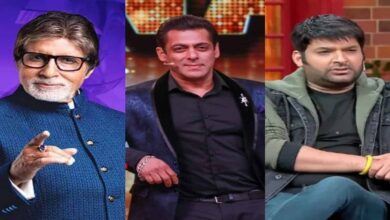