As the Nagpur’ites say goodbye to their 10 day religious celebration of Ganesh Utsav yesterday, we see a different festival this time. Thanks to the efforts of the NMC and NGOs, the devotees were able to tread environment-friendly this time. The NGO called On Ground Nuisance Detection Squad commonly known as NDS were there with their volunteers to help people immerse the idols in a separate pond along with collecting the garlands and other waste in a proper place to avoid the mess created every year.

This helped in reducing the lakes like Futala from getting toxic and harmful content that come along from the idols. The other NGO that helped in shaping up things in the right way include the GVF or Green Vigil Foundation, which monitored the visarjan on Futala Lake. Their volunteers were active from the very second day of the festival. They arranged septic tanks for the disposals, which was offered by the NMC the idol immersion process. The NGP ensured that the people coming to dispose of their idols usee the septic tanks only.

Their volunteers were seen requesting the devotees to dispose of the idols particularly the ones made up of POP in the said thanks. The others who joined the NGOs include the people from the Air Force, Army, and even Navy residing around the Fuatala lake. As per the NGO data, more than 3000 idols have been disposed of off in the septic tanks this year, which has helped to maintain the safety level in the waters. However, few people were adamant to dispose of the idols in tanks and did the same in the lakes despite the requests. BJP, Congress are yet to decide on their candidates for teachers constituency polls 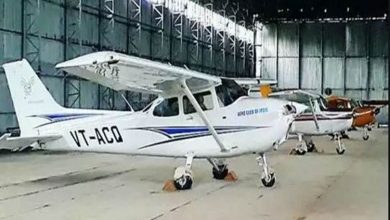