Elections are considered a festival of democracy. Come Assembly or any other elections, we see the dance of democracy comes out on the street. One of the interesting aspects of any election is the candidates who contest elections and the upcoming Maha assembly election is certainly not an exception. One of the interesting seats in Nagpur city is Ashish Deshmukh and the current Chief Minister Devendra Fadnavis. Let’s check the election war between the two candidates:

Devendra Fadnavis – He is a current Chief Minister of Maharastra state and has been active in the field of acting since he was too young. He barely needs any introduction and would be contesting from Nagpur North seat. He is a committed politician of the BJP and has been lived in this party since his student life joining its student wing – ABVP and since then it was no looking back for the politician. His career in politics started as a Ward President in 1989 when he was barely 19 years of age.

Ashish Deshmukh – He is contesting from Nagpur North region and he happens to be a former BJP MLA who is now in the congress party. He is among the strong candidate and has remained an ardent supporter for the separate state of Vidarbha, which he has been saying from day one of his political careers.

He comes from a strong political background with his father Ranjit Deshmukh a former Maharashtra Pradesh Congress Committee chief apart from being the former state minister. He was defeated by Fadnavis earlier in 2004 from Nagpur West constituency in the assembly election. However, later, Ashish Deshmukh was seen getting elected from Katol Constituency from the BJP in the year 2014. However, he later resigned from the saffron party in 2018 from the party.

So, the Nagpur west season is likely to have the tough fight between the two contestants. Let’ see who wins the battle but at the moment it looks fierce. 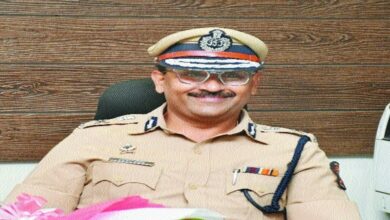