The new task of ‘Rani No 1’ that came inside the house of Big Boss 13 was certainly a pretty storming task, churning the settings upside down. On one side as the things are already in an upset form around the house, this one is fueling the same making all the female contestants turning against one another.

As per the latest teaser of the episode that will be aired tonight, Arti is seen unhappy with the words used by Siddharth Dey. Koena Mitra was followed clarifying her account about making the girlies believe that there was nothing personal between her and Siddharth.

Upset with the associated acts, Arti then tells Koena and other female contestants that if nominations affect relationships, none of them will be able to take a stand which is not right at their part.

Distressed Koena is then seen accusing Arti of ‘begging’ others to save her from being in the nominations and calls her a beggar, too. This made Arti quite furious as she cannot take such a statement anymore. Offended with Koena’s statement, she goes furious and knocks over Koena telling her that she has come so far on her own.

However, it should be known that this isn’t just going between Koena and Arti, but even the other female contestants are also following the differences cycle that has automatically popped up during the task.

While Shehnaz has already declared that she would seek revenge for all the wrong done to her, Rashami could also be seen deciding on not sparing anyone for causing misery to her.
Well! Even Koena Mitra is waiting for her chance to get back. 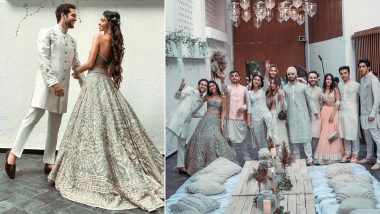