In the last episode, Bigg Boss announced the immunity task and divided the members of the house in two different groups. Team A with Pavitra, Nishant, Eijaz, and Rahul and Team B consisted of Jasmin, Rubina, Abhinav Shukla, and Shehzad. The task is ought to last for two days. The task involved the house members to act differently and convince the seniors for the raw materials. Nikki was appointed as an officiate since she was safe from the nominations. Her judgment ought to be the final verdict in any matter that would come up during the task. Everyone tried to impress the seniors by resorting to different antics. Rubina posed as a broadcaster and commentator of the entire task. The seniors were constantly adoring her for that. 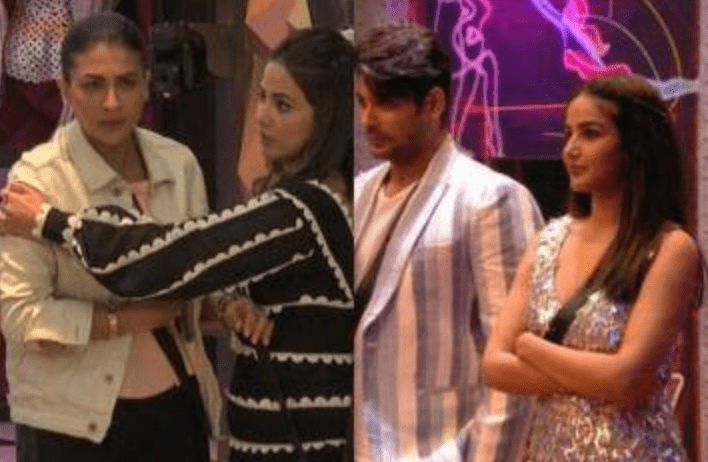 At a point during the task, Jasmin bought soil material from Gauhar and was heading towards her farm. It was then when Eijaz tried to snatch it from her. Jasmin showed immense strength and did not give up. After a while, Rahul and Abhinav jumped in too. It became chaotic and “unfair” according to the seniors. Everyone asked Nikki to stop the madness but she said Jasmin should give up if she is getting hurt. Sidharth agreed and backed Nikki up. Most people in the house considered that to be unfair. During the hubbub, Jasmin was heard saying, “Aaise kaise chor dungi, tu Khan to main bhi Bhasin (How can I give up? If you are a Khan, I too, am a Bhasin).” Eijaz later defended himself by saying how he had left the mat after he saw the chaos.

Several fights followed. It got so ugly, Bigg Boss had to intervene and stop the task. Big Boss asked the members to first build their own farms and then sabotage the neighbour’s. A few of the Biss Boss’s property was also harmed in the process.