TV actors Gautam Singh Vig, Ankit Gupta, and Neha Rana talk about their roles in the upcoming show ‘Junooniyat’. And he will be seen playing one of the most lead roles in the fantasy drama. Former reality show Bigg Boss 16 contestant and ‘Udaariyaan’ actor Ankit has shared that he is very much looking forward to receiving an absolutely positive response from the audience for his current show.

“After being in the Bigg Boss 16 house for 80 days, it’s wonderful to be home in this exciting new fiction show based on the passion of music called ‘Junooniyat’. The audience has showered me with so much love throughout my career and I hope the same continues with this show.”

The ‘Naamkarann’ actor Gautam also talked about the concept of the daily soap and how the story revolves around three music lovers.

“The show has created a world of music that is mesmerizing and a love plot for three musically inclined people. Many songs bring back nostalgia for all of us and the show pays tribute to our love and memories of music. That’s what makes the show special for me.” she added.

On the other hand, the female lead Neha who is also playing the role of Elahi, a singer and the actress herself is a music lover, expressed her happiness to be a part of it.

“Seriously, music has played a huge role in my life and now I participate in a show beautifully conceptualized around music. My character Elahi is a young singer whose heart is wounded but kind. I can’t wait to know how the audience perceives her,” Who worked in TV shows like ‘Ishk Par Zor Nahi’ and ‘Banni Chow Ki Home Delivery’.

After NMC demolishes meat shops, builder and others encroach on part of NMC land 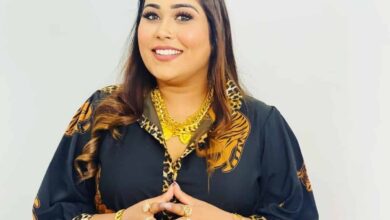 Bigg Boss 13: Netizens Slam Shefali Bagga Demanding to be the “Queen” of the house