Nagpur: On monday (CBI) Central Bureau of Investigation in Nagpur city in connection with the leak of confidential documents related to the preliminary investigation, the former home minister of the state, whose name is Anil Deshmukh. A search operation was conducted at 2 places including his residence-cum-office. Corruption charges against Anil Deshmukh. 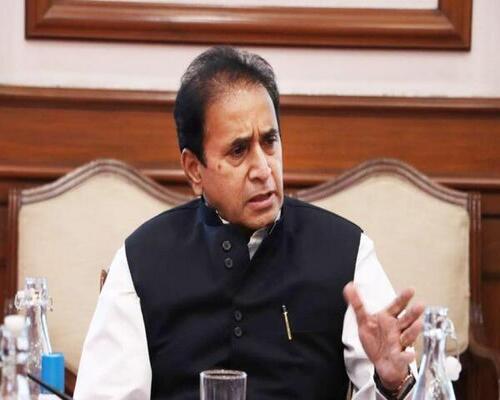 And it is also learned that similar action has been taken at Anil’s residences in Mumbai as well. There were also rumors of raids at the residence of former Home Minister Anil’s lawyer named Anand Daga in Civil Lines it has not yet been properly confirmed.

A Central Bureau of Investigation team from Delhi along with its Nagpur city counterparts has also raided. The residence of former Home Minister Anil son Salil. He lives on the adjacent plot.

Anil has been accused of soliciting around Rs 100 crore from Mumbai hotel and pub owners through former assistant PI Sachin Waje. The Central Bureau of Investigation had just registered this case after the intervention of the Bombay High Court.

It is also learned that Central Bureau of Investigation teams have reached the residence of former Home Minister Anil and Daga with search warrants. Sources also said that they have questioned several family members and employees at Anil’s house.

Amidst the speculations of this arrest, this action, which started at around 7.30 in the morning, continued throughout the day.

There were some worrying moments for the city police guarding Anil’s bungalow near GPO Chowk. When NCP supporters had barged into the residence-cum-office. And so the police had to surround around 15 NCP supporters at the gate itself.

Due to 1 of the earlier 2 actions, the Central Bureau of Investigation brought the Central Reserve Police Force (CRPF) to Anil’s bungalow.