With the turbulent time in the Economy, many domains are in bad shape. The auto industry has collapsed and more than nine banks have frozen the accounts of their account holders creating all the mess in the market. Amidst this, the travel industry to have witnessed a bad time in the current market. The two big travel companies like Thomas Cook and others too have gone down. And now we hear the British based company called Cox and Kings are shutting down the unbearable debt.

The company has been working since 1758 while it has branches all over the world including in India as well. The head office of Cox and Kings in India is based in Mumbai, while the branches can be found all over the country including cities like Delhi, Bengaluru, Chennai, Kolkata, Kochi, Ahmedabad, Hyderabad, Pune, Nagpur Goa, and Jaipur. Now, we see the company vanishing from India and the Nagpur office also have shut down.

The company has been facing tough financial turbulence since the past few years and was unable to come out from it. The first offices to get closed for the company included for the ones like New Zealand and Australia since last month and this had its repercussions all over the world including India and now in Nagpur. As per reports, the company has stopped working and they have stopped the bookings as well. The branches in Nagpur have shut down without the prior notices and the salaries have been pending for more than three months.

A Tryst with Mr. Bharat Jain the Founder Earth Group Ace Of Re-Development 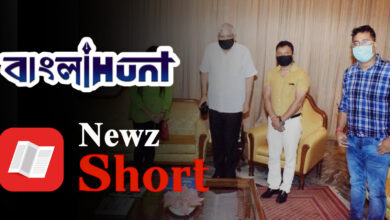