NAGPUR/NASHIK/AURANGABAD: Police officials have imposed a 4-day curfew after violence erupted in various parts of Amravati district due to the bandh call by saffron outfits on Saturday. And there internet service has also been stopped. The bandh was called on Saturday in response to the protest rallies held on Friday by Muslim organizations. To strongly condemn the recent violence in Tripura. There was stone pelting in this rally. In which the shops have also been damaged. Because of which the bandh was called. This city’s police comissioner Arti Singh has said that the internet has been shut down for almost 3 days. To completely stop the spread of these rumors promoting this violence. And in the Rajkamal Chowk area, on Saturday, many peoples. Many of them carry saffron flags. And shouting slogans, took to the streets.

The police have also said that many people pelted stones at shops at Rajkamal Chowk and other places. And then the police started lathi-charge on all the protesters to bring the dew situation under control.

About 10 officers and 100 policemen have been sent there from Nagpur district to assist the police force. Along with this, 1-2 companies of the State Reserve Police Force (SRPF) are also expected to reach Amravati. And except for medical emergencies, all people are not allowed to step out of their homes at all.

The Nashik Rural Police has so far registered cases against up to 1,500 people. On charges of dacoity, murder, rioting, and attempt to assault.

Shiv Sena MP whose name is Sanjay Raut. He has said that the purpose of violence in district Amravati. And at many places is to destabilize the Maha Vikas Aghadi (MVA) government. And the leader of the opposition whose name is Devendra Fadnavis. He has said that it is grossly wrong to hold rallies within the state for an event that “never happened”.

Meanwhile, the Ministry of Home Affairs has also said that the news circulating on social media. About the demolition of 1 mosque in Tripura is all fake and misrepresentation of facts. And there was no damage of any kind to the mosque. In the Kakraban area of ​​the Gomti district of Tripura, Maha Vikas Aghadi said. 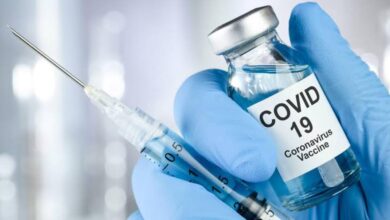