Nagpur: In some districts of Maharashtra, including Chandrapur, Yavatmal, Nagpur, Buldhana, Washim, Akola, Wardha, and Bhandara many people were stunned to see objects like electric bulbs leaving blazing marks in the sky during the nighttime on Saturday. 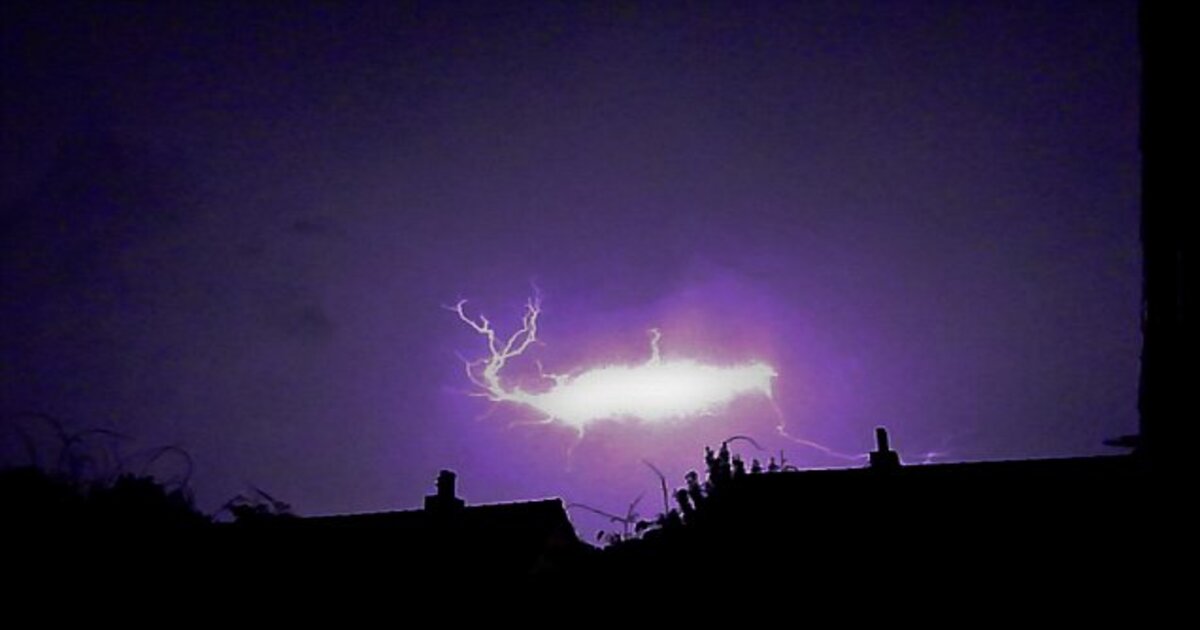 On the same night, people of a village in Sindewahi tehsil of district Chandrapur also reported a metal ring falling on an open plot. In another village of the same tehsil, on the same night, all the people also saw a ball which had fallen in a pond.

According to meteorologist and physicist Professor Kiran Kumar Johre, the three phenomena are also completely unrelated.

Kiran Kumar Johre, a former Indian Institute of Tropical Meteorology (IITM) scientist, whose subject of specialization is ‘electricity’, They have said that the metal ring and sphere could be many satellite debris. But he never came at all with the lighter balls that were seen soaring upwards in the sky in Vidarbha.

Kiran Kumar Johre has also said that electric bulbs running parallel to the horizon are ball lightning, the same type of lightning that is generated by extremely dry conditions in drought-prone regions. In similar cases, people see a ball-like object during the night that emits different colors and travels sideways.

Kiran Kumar Johre also explained that the ball suddenly ceases to exist completely because it is destroyed very quickly after hitting any object. He has said that this phenomenon stops after the rains come after a long delay.

Physicists have studied electricity for more than 12 years. He has said that there is nothing to panic at all. He has said that even though a lot of research is being done on it, the mystery behind the strange behavior of ball lightning is still not solved at all.