Nagpur: Thieves are still stealing iron chairs from the gardens after stealing the manhole covers. At least around 30 iron chairs worth about Rs 10,000 have been stolen in the past month. Park’s superintendent Amol Chaurpagar has confirmed that a lot of thefts have been reported in North Nagpur. He has also said that orders have also been issued to the department to register a complaint with the police. And former councilor Manoj Sangole has also lodged an FIR in Jaripatka police station long ago.

Manoj Sangole has said that theft of these garden furniture has been going on for a long time. But right now, too many chairs have been stolen, causing quite a stir.

Along with this, Amol Chaurpagar has also accepted that the chairs of other public places have also disappeared.

Nagpur municipal corporation has also spent lakhs of taxpayers’ money to install iron chairs in gardens, community centers, and residential areas. And these chairs were installed only at the request of the local councilors.

Residents have questioned the effectiveness of night patrols

In many areas like Chaitanya Nagar, Maitri Colony, and Tathagata Chowk, unidentified thieves stole about seven iron chairs from Kapil Nagar Garden. The incident happened only a few days ago, but on Sunday, several residents had given notices after the chairs went missing.

Local residents have also said that they had earlier thought that the Nagpur municipal corporation might have taken these chairs for painting, but upon inquiry, they came to know that the chairs had been stolen.

Meanwhile, residents have strongly questioned the effectiveness of night patrols. Locals have alleged that the police officer never stops or checks vehicles carrying such material at night.

Sources said that CCTV cameras have been installed at most of the intersections. Thieves can also be traced quite easily by scanning this footage. 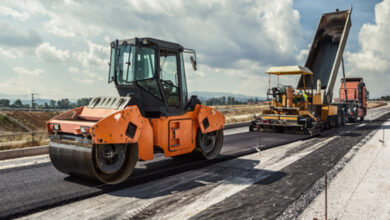