Chandrapur: one team of forest workers of Madhya Chanda division has seized 1 tiger skin from Gondpipri village in late night time on Monday. And 6 people involved in this wildlife trade have also been arrested. And forest officials also fear that a tiger has been hunted in the Gadchiroli district. It has taken almost a month for these wildlife traders to lure them to bring out this tiger skin. Sources have also told that a deal was finalized to buy the skin. And the rest of the body parts of this tiger for 60 lakh rupees. And under this deal, 5 people had come to Gondpipri on a bike late at night with the skin of this tiger and the rest of the body parts. The joint team of Forest Mobile Squad and Dhabha Forest Range surrounded the five accused at the same time.

Accused claimed they not involved

1 tiger skin, a bunch of mustache and 1 dog, mobile and bike of these accused have been confiscated.

During interrogation, these accused have claimed that they were not involved in this poaching at all. And disclose the name of 1 person of Bhamragarh, from whom those accused got the skin of this tiger. And these accused have been identified as Sudhakar Nimma and Bandu Badde of different villages of Bhamragarh tehsil and Subham Dorle, Rakesh Dongre, and Sandeep Sadmake from Aheri and adjoining villages.

Now the forest officials have engaged teams in search of the main accused of Bhamragarh involved in this poaching. And the sources have not yet ruled out the possibility of more accused being involved in this hunt. 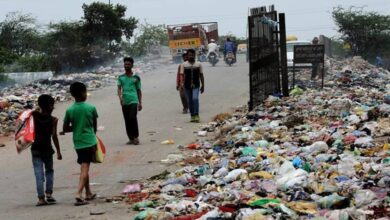