Nagpur: In a big relief to the forest department as well as the residents of the city, a four-member expert team from Sangli has caught a crocodile about four feet long from a drain near Maharajbagh Zoo on the morning of Sunday. It was released in its natural habitat in Totladoh reservoir in Pench Tiger Reserve (PTR) from that day itself. 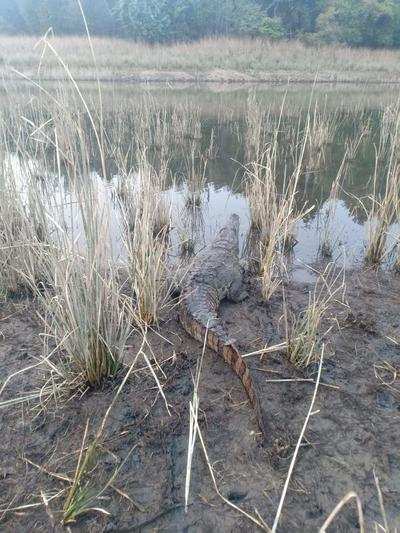 On the date of November 8, this crocodile was seen for the first time for about two months in the drain behind the journalist colony, just near the petrol pump and was closed. After that crocodile was also seen near Mokshadham.

The team of the Forest Department of Nagpur was trying to catch and catch the crocodile in this drain near Journalist Colony, Zoo, and Mokshadham for the past 15 days. They are still not sure whether there are more crocodiles or that the one who was caught is the same.

DyCF (Deputy Conservator of Forests), Bharat Singh Hada, Nagpur has said that they are not at all sure whether the caught crocodile was roaming from place to place due to disturbance or not. They are on alert and if they find more crocodiles then they will launch a similar rescue operation. It is a freshwater reptile and for this reason, they sent it to Pench.

A four-member expert team from Kolhapur had reached the city on the date of January 1 and investigated the same place where the crocodile was hiding.

Assistant Conservator of Forests (ACF) Surendra Kale has said that they have formed joint teams. And to entice the reptile, two cages with chicken pieces were placed in such a way that there was no way for the animal to escape. The hunter was locked in a cage early in the morning and was immediately shifted to the Transit Treatment Center (TTC) in Seminary Hills.

Allu Arjun on making a Bollywood debut: 'Got a deal, yet entirely nothing concrete 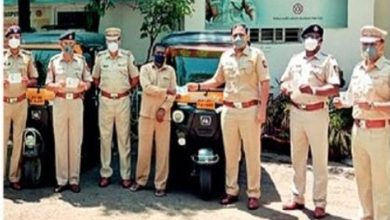