Mumbai: The ‘Queen of nepotism’, Kangana Ranaut, who openly speaks about the evil side of the Bollywood industry had offered her support in the drug angle of Sushant Singh Rajput’s mystery death case. She even urged several celebrities of the industry to undergo a drug test.

Taking to her twitter handle, the actress referred to the film industry as “Bullywood”. “If narcotics Control Bureau enters Bullywood, many A-listers will be behind bars, if blood tests are conducted many shocking revelations will happen. Hope @PMOIndia under swatchh Bharat mission cleanses the gutter called Bullywood,” she wrote on Twitter.

If narcotics Control Bureau enters Bullywood, many A listers will be behind bars, if blood tests are conducted many shocking revelations will happen. Hope @PMOIndia under swatchh Bharat mission cleanses the gutter called Bullywood.

According to sources, Adhyayan Suman, former boyfriend of Kangana Ranaut in an interview accused the actress of consuming drugs. He even claimed that Kangana forced him to smoke weed and consume various other drugs.

However, based on the allegations, the Home Minister of Maharashtra, Anil Deshmukh on Tuesday announced probe into the matter. He said that the Mumbai Police will investigate the ‘Mental Woman’s’ connection with drugs.

The 2016 interview of Adhyayan with sources reveal about the actor’s past relationship and what all he went through. The actor said, “I did hash with Kangana Ranaut 4-5 times. Yes, she asked me to take cocaine”. Further speaking on the same he added, “I said no, I don’t want to do it. I didn’t see her doing cocaine regularly, but she did have hash regularly.”

Sources reveal that on being asked if Kangana would accept the allegations or reject it, the actor said, “Fair enough. She would anyways refute it, she will not accept it. If her conscience is clear, she should accept what I’m saying. If not, she can counter it and this can go on.”

However, the actress has been offered Y category protection by the central government on her request for the same. The BMC has sealed her Mumbai based office claiming that it is not as per the plans submitted to the corporation.

As per reports, the Brihanmumbai Municipal Corporation asked Kangana to submit her reply in 24 hours failing to which, the BMC will demolish the illegal portion either on Wednesday or Thursday. 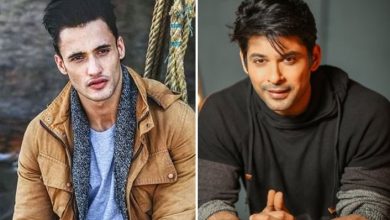