Nagpur: Three wild boars and a leopard were found dead in a well of a field in Tirora tehsil of district Gondia on Friday evening. Prima facie, these deaths appear to be due to the leopard chasing the boar and all of them falling into the open well.

Tirora range forest officer RS ​​Akre has said that the forest department came to know about the animal falling into the well of the field at around 7.30 pm. This incident is from Mauja Ke Kindagipar. A team of forest officials immediately reached the spot and found dead bodies of three pigs and a leopard lying in the well. And there was a very foul smell coming from that place too.

As night wore on, further rescue operations had become utterly impossible. Forest officials sealed the area by tying ropes at a distance of about 50 meters from the spot. Some officers were stationed there for night time.

The very next morning, the authorities pulled out the carcasses of these animals and performed the last rites after submitting the mandatory paperwork. Akre has said that so far he has not found any evidence of any kind of poaching. The well did not have a parapet wall to protect it. Because of this, it seems that the animals running very fast just fell there. And yet, there is an investigation going on as per the procedure and they will file their official report after that. 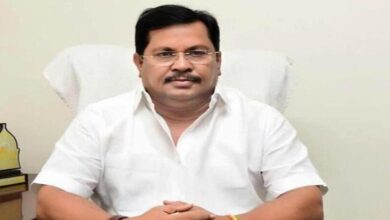