Nagpur: Expansion of Tipeshwar Wildlife Sanctuary and Tadoba-Andhari Tiger Reserve (TATR), recommendations of the report of 2nd Expert Committee on Human-Animal Conflict have been approved. Some of the major agenda items have been the State Wildlife Action Plan and the relocation of tigers from Chandrapur. A meeting of the 17th State Wildlife Board (SBWL) will be held on Tuesday. 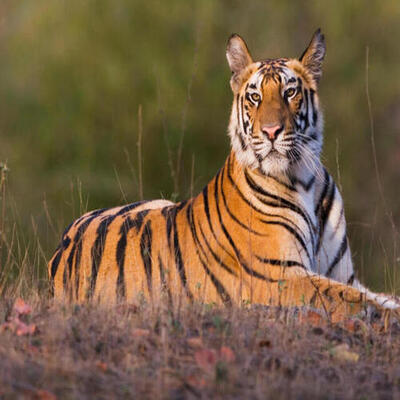 This meeting will now be offline after a very long time. In the past almost two meetings were held virtually and now the officials and board members want the chief minister whose name is Uddhav Thackeray. he is chairman of the board also. Spend some more time in this much-needed meeting.

According to a report, this very important decision will be taken in this meeting on the transfer of tigers recommended by an 11-member expert committee. In this meeting, the measures to be taken to stop the leopard-human conflict will also be discussed.

The first Special State Wildlife Action Plan prepared by State Wildlife Board by a team of wildlife experts and senior officials is also likely to be approved.

In addition to several projects for this diversion of forest land into eco-sensitive areas of tiger reserves and wildlife sanctuaries. This meeting is scheduled to finalize the expansion of Tadoba by including the expanded area in the core area of ​​Tadoba-Andhari Tiger Reserve.

A controversial proposal to grant wildlife clearance to a reserved forest area of ​​467.45 hectares to a cement plant falling inside the Tiger Corridor in three compartments of Hirapur, Govindpur and Pimparwadi in Jari-Jamni taluka of Pandharkavada division is also on the agenda. It connects the said area to Tadoba Tiger Reserve and Kanhargaon and Tipeshwar Wildlife Sanctuaries.

The creation of additional posts of RSF units in the Forest Department will also be discussed within this meeting. A proposal to recoup about 2% of the project cost of the Mumbai-Ahmedabad High-Speed ​​Railway has also been on the cards.

Also Read: GRP helped poor woman get her mangalsutra back