Currently, the city seems to be in a developing stage. Too many roads, flyovers, and metro work are in progress. Amidst this, the Metro Nagpur had planned to construct a Metro Mall in the first phase of the ongoing constructions taking place in the Orange City Project. Now, the Nagpur Municipal Corporation or the NMC has shelved the idea of making the MahaMetro or the Metro Mall in the city. They now claim that the mall would be constructed on its own by outsourcing to the third parties, claim the officials of NMC.

Its been a year since NMC has taken care of this project and they had not even completed the digging area of the land that can be used for the parking. Interestingly, they already paid the amount of 11 Crores and yet despite the one year, they were not able to complete the same. Now, as per the latest, the officials of NMC has not started the bid asking the private contractors to raise the tender for constructing the mall at the cost of 31 crores.

Talking about the issue, the NMC Commissioner – Mr. Abhijit Bangar claimed that delay is the root cause of this problem. However, he said that this is not a major problem considering the whopping about of other issues it has. He said since the norms followed by the MahaMetro seemed different than the ones followed by the NMC, it has created a certain budget and other issues. He added that earlier NMC had an idea of creating the Orange City Street of 5700 Crores by appointing a private player but it did not work in their favor. 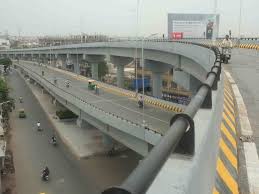