As the situation gets tough in the city with respect to the menace called COVID -19 we see the civic body acting tough on certain areas by sealing them in the city. As per the latest news published in The Live Nagpur, the NMC chief Mr. Tukaram Mundhe has given orders to seal the areas of Koshtipura Chandekar Mohalla near Niklas temple as located in Prabhag 22 along with the Bhoipura premises as located in Prabhag 19.

The moment he released the notice, the police was quick to block the same with immediate effect that fall under the Gandhibagh areas and ended up declaring the areas in the containment zone. The following areas in these locations have been sealed, check them out as under:

In Bhoipura, we see the Durgesh Gaur’s house in the north east getting sealed along with the home of Bhagirath Gaur in north west area and Gurdeep Singh’s house in the south west and Jyoti Naik’s house in south east.

Similarly in the Koshtipura area, we see the homes of Chandekar Mohalla and the Rajendra Bhavan in south west along with the home of Sudhir Pehalwan in north west, and Aniruddha Kshirsagar house in north east and Parsodikar Decoration in south east are being sealed to avoid the spread of the virus. Stay tuned to know more about it and others only with us. 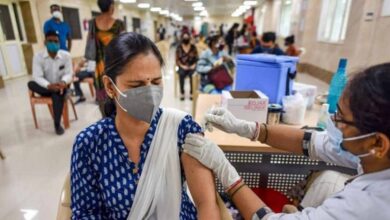