Nagpur Metro is the rapid transit system for the city of a whopping cost of 8,260 crore INR. It all started in February 2014 when Maharashtra Government gave its consent for the Metro Project, however, the project got the green flag in August 2014 by the Union Government led by PM Narendra Modi who came to lay the foundation stone. However, the construction started from 31 May 2015, and the first trial run for the Metro was taken on 30 September 2017.

Total Cost is estimated – INR 8680 Cr.
Union & State Government share is 20% share, Nagpur Municipal Corporation, and Nagpur Improvement Trust share is 5 percent and the rest 50% is being financed by the loan.
Recently, the loan by KfW, (a German government-owned development bank) has approved a loan of INR 3,700 crores for the project. An additional loan of INR 444 crore is lined up by a few feeder groups.
The remaining amount of 130 million USD has the funds from AFD France given against 20-year credit, which will be used for signaling, automatic fare collection systems, telecommunication, lifts, and escalators.
Routes
Present network:
The Orange Line is active which covers Buldi to Kharbi covering a distance of 13.4 km.Nagpur Metro Lines

Zero Mile Nagpur: All You Need to Know about India's Center Point 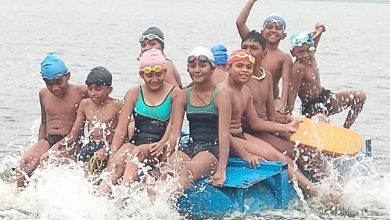