Nagpur: Police of Nagpur have receives around 921 emergency calls from citizens in distress or wanting to report a crime in a span of about 9 hours this New Year’s Eve. About 62% (or 574) of these calls come between 10 PM and 2 PM. The police claimed to have answered every call in less than five minutes. 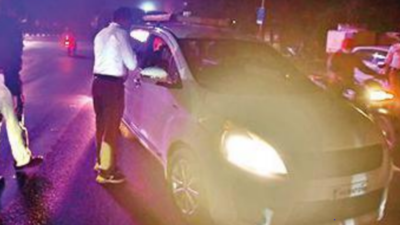 Under DCP Sarang Awadh, a team of 375 traffic police of 10 zones, equipped with two interceptor vehicles, was keeping an eye on Rewari. And also used to keep an eye on the ravadis. The traffic police had booked around 3,546 riders and motorists for various violations, Which is about 1,000 more than any other day. The highest number of violations have been reported in and around MIDC, After that there has also been the place of Kempty. There were about 2,163 two-wheeler riders among those booked. Who drove the car without wearing a helmet.

There were 2 fatal and 3 minor accidents on this New Year’s Eve.

Amitesh, the city’s police chief, has said that after midnight, the police had to intensify because suddenly the calls started coming to 112. The CP, who supervised the call, coordination, and communication, has said that the police attended the call with speed and promptness irrespective of the jurisdiction. He also cited the example of a call from Chunabhatti where the police of Ajni and Dhantoli arrived at the same time.

Amitesh has also said that the visibility of the police was increased and the police intervened only where it was necessary. The police had become actively involved in crowded and sensitive places.

Joint CP Aswati Dorje also had to run at many places including Tajbagh to disperse the crowd.

The traffic police had to face a very difficult challenge. Because due to the threat of coronavirus, a breath analyzer could not be used to test for driving under the influence of alcohol.

Two very fatal accidents were recorded on Friday during the peak of the revelation. In the first case, 87-year-old Ramrao Wange has died in the hit and run case on RPTS Road. In another case, 57-year-old Lalchand Gopani had died after a light carrier vehicle went out of control. The vehicle damaged a car and a scooter before colliding with Lalchand at Jaripatka.

Also Read: 90 new cases are being reported in day in Nagpur 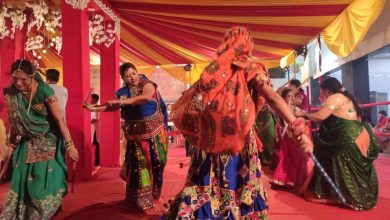 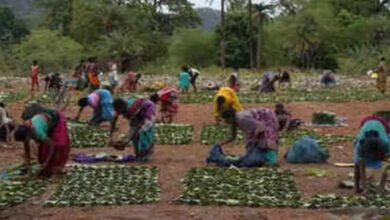