With passing day the city civic body the Nagpur municipal corporation often called the Nmc is getting professional. As said it takes just one moment to tread a professional path till someone screws the body. The aware people of the city now have taken the civic body to task. This has made them professional in their work and now they are leaving no stone unturned to keep things in order particularly in the eco-friendly lifestyle.

In this pretext, the NMC officials have taken some tough actions in this regard. They have now acted strong against the city advertisement groups who put hoarding high chopping and trimming the trees. They have now uprooted two hoardings from the premises of Central Railway in Nagpur who had chopped trees to get better visibility.

Just after removing the said hoardings they were quick to announce the same at their official page of the microblogging site called Twitter. The tweet gave warning to all the advertisement groups stating that they will have to face a tough time if they ever install the hoardings anywhere in the city chopping and trimming trees. They then tagged the concerned groups and individuals who are active in this field. Hopefully, with this stringent move, the other advertisers would get fair lessons from the NMC and they end up acting accordingly or ready to face the music as the civic body is really going tough now. Stay tuned to know more about it and others only with us, and do share your views as well by commenting below.

Taking a tough stand against various companies who are chopping the trees for better visibility of their advertisements, NMC has brought down a huge hoarding at Bole petrol pump on Amravati road. #NMC #Nagpur #Greencity @nagpur_nsscdcl @SwachSurvekshan pic.twitter.com/kYAFxnlbxq 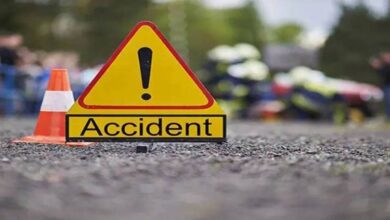