Nagpur: Nagpur Municipal Corporation (NMC) is now repairing bad potholes on roads owned by other government agencies. Because they are not paying attention to the correspondence of the civic body at all, the citizens are also at high risk of this inconvenience and accidents, and despite being the planning authority of the Municipal Corporation, the NMC has not taken any action against the agencies in any way. 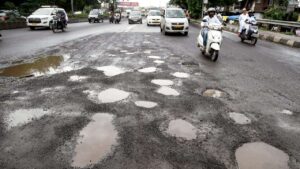 Giving some relief to motorists from accidents, the Nagpur Municipal Corporation on Saturday installed its jet patcher machine and also repaired several potholes under Subhash Nagar Metro Rail Station. And which is also considered the responsibility of the State Public Works Department (PWD) and Maha metro.

The NMC has not done any repairs at all under the metro station and then on the latter, leaving the rest to PWD and Maha metro.

The road below and after the station has also been damaged greatly during the rains as the Mahametro has also given an outlet to its stormwater drain on the road. And with this, after the rain stopped, the potholes also became very big and the road became dusty.

NMC officials have also pointed out that between the months of June and September, three letters had been sent to all government agencies that own roads in the city to ensure the repair of bad potholes. “PWD and Mahametro have not repaired the stretch on Hingna Road at all. Citizens also continued to complain and there were a lot of accidents too. Because of this, we have repaired dangerous potholes.” They said.

PWD chief engineer Sanjay Dashpute did not respond to TOI’s calls and messages.

The section between LIC Square and Railway Under Bridge (RUB) on Kampty Road is also in very poor condition. While the National Highways Authority of India (NHAI) did not take any action, the Nagpur Municipal Corporation has repaired some potholes in this section after complaints a few days back.

Although the repair work is still going on, the Amaravati Highway from Variety Square to Wadi is still damaged in many places. And at the same time, despite repeated reminders by Municipal Commissioner Radhakrishnan B, the National Highway Division of the state public works department has started repairing potholes between the University Campus Square and Wadi, But many places between Variety Square and Bharat Nagar Square are still untouched.

The State Public Works Department is also not looking after the repair of the diversion section on the Inner Ring Road at all.

The Nagpur Improvement Trust (NIT) is repairing the roads in its layout to some extent. But many internal roads of North, West, and South Nagpur are full of potholes. Several major roads, such as those in Mahendra Nagar, are crying out for repairs.

Taking cognizance of the waterlogging, the Nagpur Municipal Corporation had on several occasions urged various government agencies to repair the roads, but to no avail. 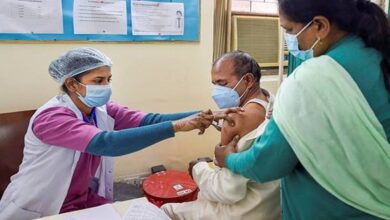