Nagpur: Staff nurses of GMCH have decided to wear black badges at work from 26th November to pressurize them for their various demands. If the government completely fails to fulfill their demands, then they will go on strike from 29th November. The nurses also claim that their union leader Dr. Manisha Shinde is being illegally transferred from Solapur for union activities. Sumitra Tote, state secretary of the Maharashtra State Nursing Association, has also pointed out that office bearers of her registered union have been deliberately targeted by bureaucrats. “Earlier also our former state president Arifa Shaikh was transferred and later completely suspended from Latur GMC for raising her voice for the rights of nurses. Right now the current president Dr. Manisha Shinde is being transferred from Solapur. Similar action is being taken to put pressure on the activities of the Nursing Union. We will absolutely never allow this to happen.” Sumitra Tote said.

The nurses gathered in front of the main gate of Government Medical College and Hospital on the date of 25 November and decided to start working by wearing black badges from the date of 26 November. “Transfer in the month of November is considered absolutely illegal. Our main demand is to withdraw the illegal transfer order of Dr. Manisha Shinde.” Sumitra Tote said.

GMCH has more than 1,071 sanctioned Nursing posts with 200 vacancies

“We also realize that non-availability of nursing staff causes problems for general patients admitted to the hospital. But suppressing our legitimate rights to form unions and raise our legitimate demands cannot be accepted at any cost.” Sumitra Tote said. The nurses are also going to wait for three days and then resort to an indefinite strike. If the officers fail to meet their demand to cancel the transfer order of their state president.

This is also not the first time that nurses are going on strike. In May 2022, he called for an indefinite strike on various demands. During the same strike, the dean asked both interns and residents to work a few extra hours.

GMCH has more than 1,071 sanctioned Nursing posts with 200 vacancies. Most of the roughly 800 working nurses are affiliated with the union, which has also called for a strike. 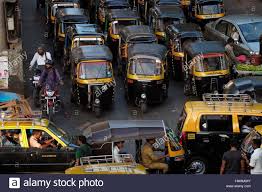