NAGPUR: The Maharashtra Pollution Control Board (MPCB) on Thursday offered an olive branch to the industries saying that no coercive action will be taken against the units in any way and any action would be a worst-case scenario.

Principal Secretary Environment Praveen Darade has skipped the meeting called by the Vidarbha Industries Association (VIA) to address their grievances.

MPCB ​​Joint Director (Air) VM Motghare and Joint Director (Water) YB Sontakke said, “The presence of Maharashtra Pollution Control Board is due to the industry and hence there will be no harassment and coercive action.”

The meeting was attended by members of the Vidarbha Plastic Industries Association (VPIA), VIA and Butibori Manufacturers Association (BMA), and others.

Environmentalist Sudhir Paliwal urged the Maharashtra Pollution Control Board to help the local industry by providing fly ash free of cost as per the directions. “In Butibori, 15 units have been forced to shut down due to the non-availability of fly ash,” he said.

The hearing was conducted 150 km away from the venue

Sontakke has also given the mantra ‘Waste to Wealth’ to the industrialists. He also said, “We are going through a change and in future you will have to manage water from existing dams as there is no scope for new sources to come. The water situation will be critical in 2030 and industries should start recycling waste water to meet their needs.”

Sontakke has also said that a DPR is being prepared to clean Ambajhari. “The water of the lake is being polluted by the wastewater entering the lake from the wadi. The issue will be resolved.”

In response to a question, both the joint directors of MPCB also said, “The board has recovered Rs 30 crore as a fine.”

Regarding banning the entry of media and people for environmental clearance in the Surjagarh mining public hearing, VM Motghare said, “The hearing was conducted 150 km away from the venue due to law and order problems. Many were denied permission for the same reason.”

Mothghare has even said that the Miyawaki plantation developed by Kishore Malaviya at Butibori is about to be replicated elsewhere. Girdhari Minister has also called upon the members to strike a balance between development and the environment.

Also Read: Maharashtra government to fund new Ajni railway over bridge due to confusion between Railways and NMC 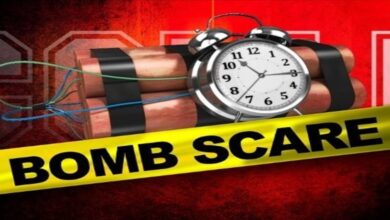 Explosives found at railway station were headed to Pulgaon 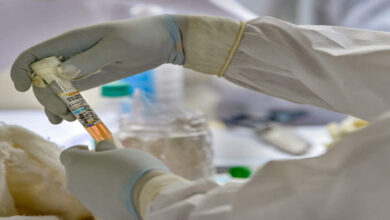