Nagpur: Bhagat Singh Koshyari, Maharashtra Governor, on Friday completely dedicated a model of the Indian Navy’s first aircraft carrier INS Vikrant to the city of Mumbai at an event in Colaba. A nearly 10-meter tall model of the erstwhile Vikrant has also been made in-house by the Naval Dockyard, Mumbai. and Residents Association supported by Advocate Makarand Narvekar in association with ‘My Dream Colaba’ and ‘Calum’ is also located at Regal Circle, Colaba.

The model’s dedication has also been an affirmation of Mumbai’s very strong maritime connectivity and Maharashtra’s equally rich maritime heritage. The entire model stands perfectly side by side with the Gateway of India and Naval Dockyard, Which also reflects the ship’s very strong bond with the city of Mumbai, where it was based throughout its commissioning service.

Ship participated in a number of missions & exercises

A Majestic class aircraft carrier, INS Vikrant was also launched in September 1945. And was formally inducted into the Indian Navy in Mumbai on the date of November 3, 1961. The ship also participated in a number of missions and exercises, notable among them being the liberation of Goa in December 1961 and the Indo-Pak war in 1971. Only after serving the nation for 36 years, the ship was decommissioned in January 1997 and continued as a floating museum ship in Mumbai till 2012.

“Very old ships never die, they fade to be resurrected in another incarnation”. Keeping this age-old adage in mind very much, Vikrant is all set to be reborn as the iconic indigenous aircraft carrier. Which has been designed by the Indian Navy and is also being built by M/s Cochin Shipyard Limited. This ship is also currently undergoing sea trials and very soon it will be inducted into the Indian Navy as INS Vikrant. 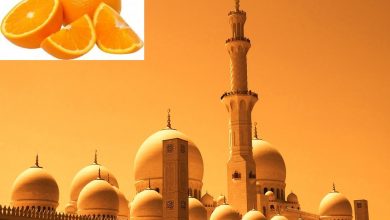