Nagpur: A police officer finds himself trapped in his own department for no fault of his own, It was because of his most important posting in the police personnel gymkhana that the superiors even suspected him to be the informer of the top officials, Who would have been close to him during his own tenure. 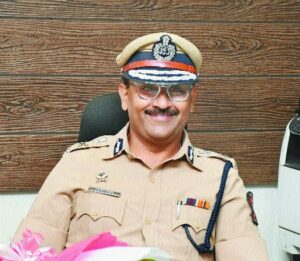 Even after completing 4 years in Police Gymkhana, senior police personnel was transferred to Crime Branch by CP Amitesh Kumar as per his own choice. Those who started the trend of getting allotment of postings according to the preference of the police due to transfer. He was also posted in a unit of the Crime Branch.

The police personnel is also stunned as they will be kept out of routine activities like raids, detection, and so on in the zonal unit of the crime branch. It is also learned that he will be put out of most of the work by many superiors, Who had refused to take a posting in police stations even after giving orders of CP himself.

Sources have also said that there was an apprehension that the personnel would leak information about daily developments in the unit to the top officials and that is why they would be asked to sit out most of the work. The constable against whom this case was going on in the first place was also behind some arrests in the police stations.

Even after this, the police personnel was stunned as the unit in charge of the crime branch had persuaded a senior officer to be transferred on the pretext of his age. And against his wishes, he was transferred to the trusted cell. Since he absolutely refused to join this unit, Because of this, he was kept in the office of DCP Detection.

An insider said the police were thrown into the crime branch because everyone thought he would secretly update the CP and additional CP as he had an earlier relationship with him as a gymkhana coordinator.

Police personnel was sent to a unit, For which only record needs to be maintained and updated, Despite their eagerness to contribute to those detections, For which he had requested the CP to keep him in the same unit. He has also said that the CP had allotted me the crime branch even after promising me to prove my ability and take pride in my own contribution. But I never thought at all about getting involved in any unprofessional activities. For which I was victimized.

A source has said that the police personnel was allegedly the victims of internal squabbles between the crime branch and several policemen in the office of the head.

According to a senior officer, the aggrieved cop should raise the same issue with the CP and make his stand completely clear.