Synopsis – The popular digital platform MX Player is back in the news and this time with the web series called Raktanchal. It is directed by Ritam Srivastav, while the main actors in the series include Nikitin Dheer, Kranti Prakash Jha, Soundarya Sharma, and Ronjini Chakraborty in the leading roles. While the others include Chittaranjan Tripathy, Pramod Pathak, and Vikram Kochhar who also are found in different roles. The show can be found on MX Player, which got streaming from May 2020. It has nine episodes in the second season. The first season’s success made the producers embark upon with the next one.

Talking about the web series, Raktanchal happens to be a crime drama, which has action and thrill in it. It is inspired by some real-life events of the eighties. It is made at the backdrop of the early eighties in the UP based town called Purvanchal. It deals with the story of the age when the state development work used to get distributed via tenders. Waseem Khan hte tender mafia is challenged by a young criminal called Vijay Singh who is seen driven by vengeance.

While Waseem Khan s a hardcore criminal he also happens to be a decent man with man of words and principles. Despite sharing the anti-hero image, he is also involved in serving people as much as he can. The story is seen setting up in motion, which remains a clash for acquiring tenders when it comes to the political battle found in the background. This ends up bringing in a bloodbath in the UP based city called Purvanchal. So, what goes on in the fight between the two men, can be found catching up the series on the said OTT platform. Stay tuned for more on it. 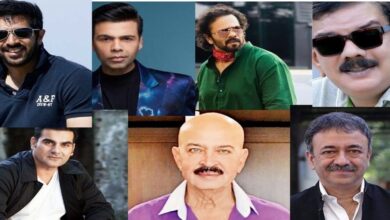