Nagpur: A senior police officer allegedly assaulted his junior over some duty-related issues that made a scene on the seventh floor of the district court in the Civil Lines’ Nyay Mandir complex on Monday. It was only after the junior had allegedly neglected his duty and even started exchanging pleasantries with an acquaintance in public, that the senior cop was furious. Even though there was more than one version of the same incident, the senior police came to know about it even when the media tried to verify the facts. While the audience also believes that the junior cop was completely at fault, He found it strange to see that instead of a policeman in uniform assaulting another, the matter had to be reported to the higher authorities.

Advocate Rajesh Pande, one of the witnesses, has also said that the junior cop could have been pulled up for being indiscipline or just being inattentive, Due to which there was a lot of dereliction of duty.

Rajesh Pande has said that he cannot be publicly attacked by any senior in such an outrageous manner. The onlookers could also see that the junior constable was also talking to an accused who had hardly got bail in the Viju Mohod murder case. The senior constable also ran from the junior’s side and dragged him by the collar before repeatedly slapping him while everyone watched in shock.

According to Ashok Bagul, senior inspector in charge of court security, this totally careless attitude of the junior police officer could have proved very costly.

Ashok Bagul said, According to preliminary information, the junior cop has also been brought to the court and the under-trial should have been closely monitored. Instead, he had told the same someone else to do the work and himself went on to talk on the mobile phone. Then afterward, he even started talking to a civilian and left the undertrials unattended.

Ashok Bagul has said that after talking to these two cops, it is learned that there was no attack at all, But the senior cop gave a strong reaction, which the onlookers must have assumed as an incident of a scuffle. There was also a police escort cell.

Also Read: NCP leader Supriya Sule says that every party has the right to think about making it its chief minister

The highest paid contestant in Khatron Ke Khiladi 12 is... 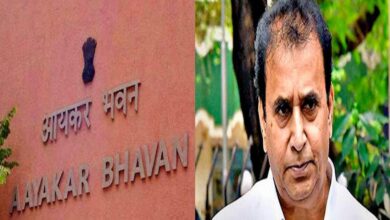 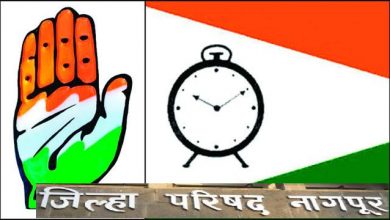