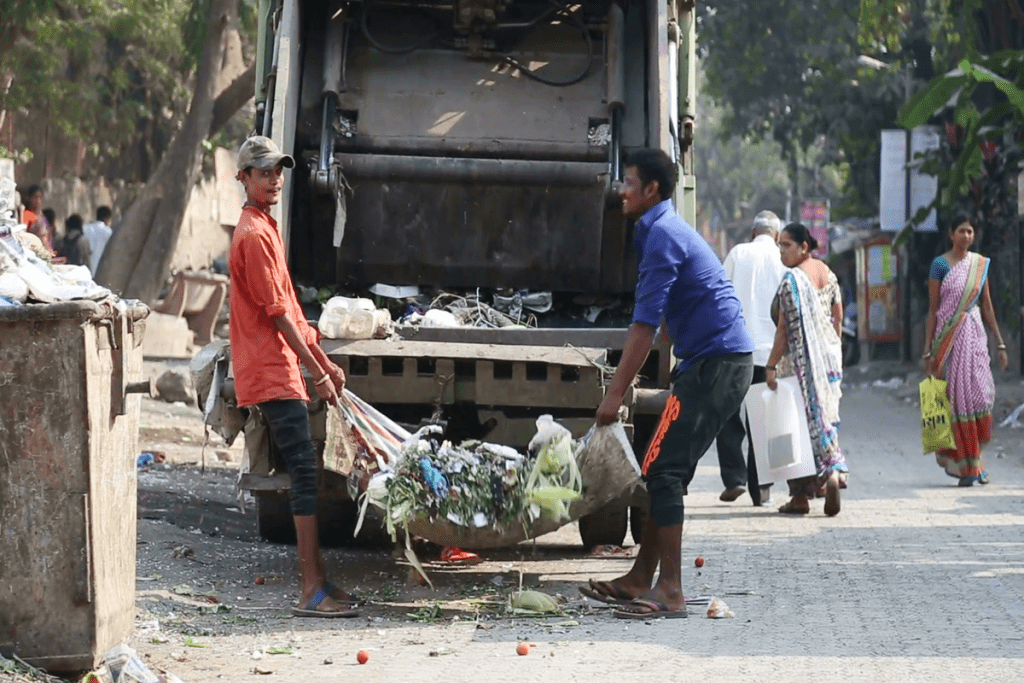 Just when the civic body NMC embarked with its new system of the door to door collection of garbage in the area. It has now given the collection of garbage and its management to two different companies called AG Enviro and BVG India by ending the contract with the older group called Kanak. However, the newer groups who took charge with great enthusiasm and glee seemed to have failed to deliver results in a proper way.

More than 350 vehicles have been running in the city with the loudspeaker on to allocate their trash into two sections. Yet the mismanagement can be simply be witnessed in the different areas where the garbages from the spots are not lifting allowing them to contaminate and make things bad to worse. Heaps of garbage are still laying over these areas allowing the residents in a big mess.

In fact, in just within a week, the number of dumping spots in the city has moved up allowing the mess to continue creating the big problem. For overcoming this crisis, the NMC commissioner has taken some measurements but these do not suffice the requirements making the residents irate. In fact, the local Shiv Sena leader and his team have taken up the issue in a big way by collecting the garbage and throwing them near the zonal office of NMC at Lakadganj. Stay tuned to know more about it and others only with us. Meanwhile if you have anything interesting to share, do comment below and allow us updated on it.