Actress Aradhana Sharma is currently enjoying her stay in Dubai and is seen posing by the pool in an animal print bikini. 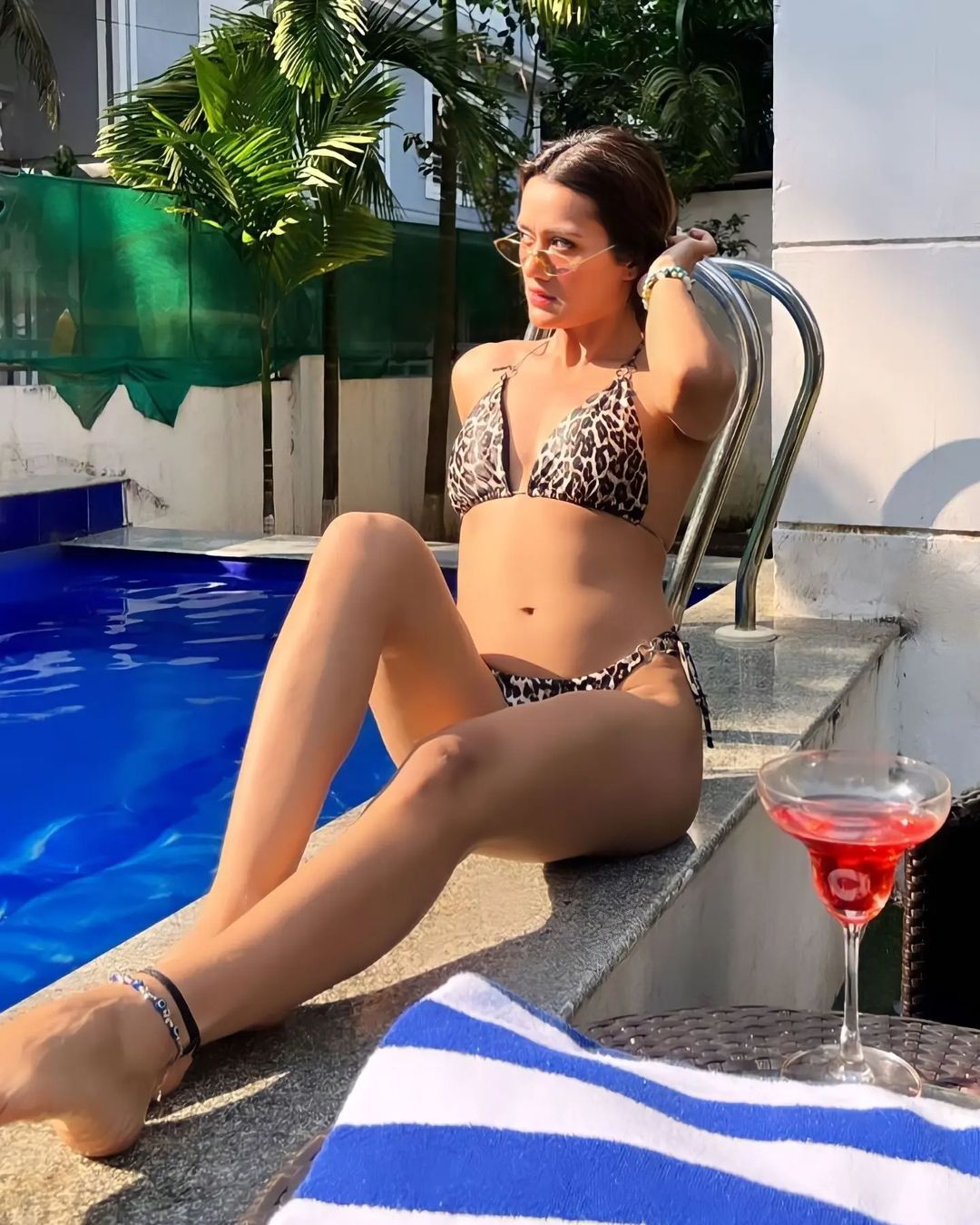 She is an accomplished model and has participated in many local and national fashion shows throughout her career. However, she gained immense fame as a contestant on the popular reality television show MTV Splitsvilla. 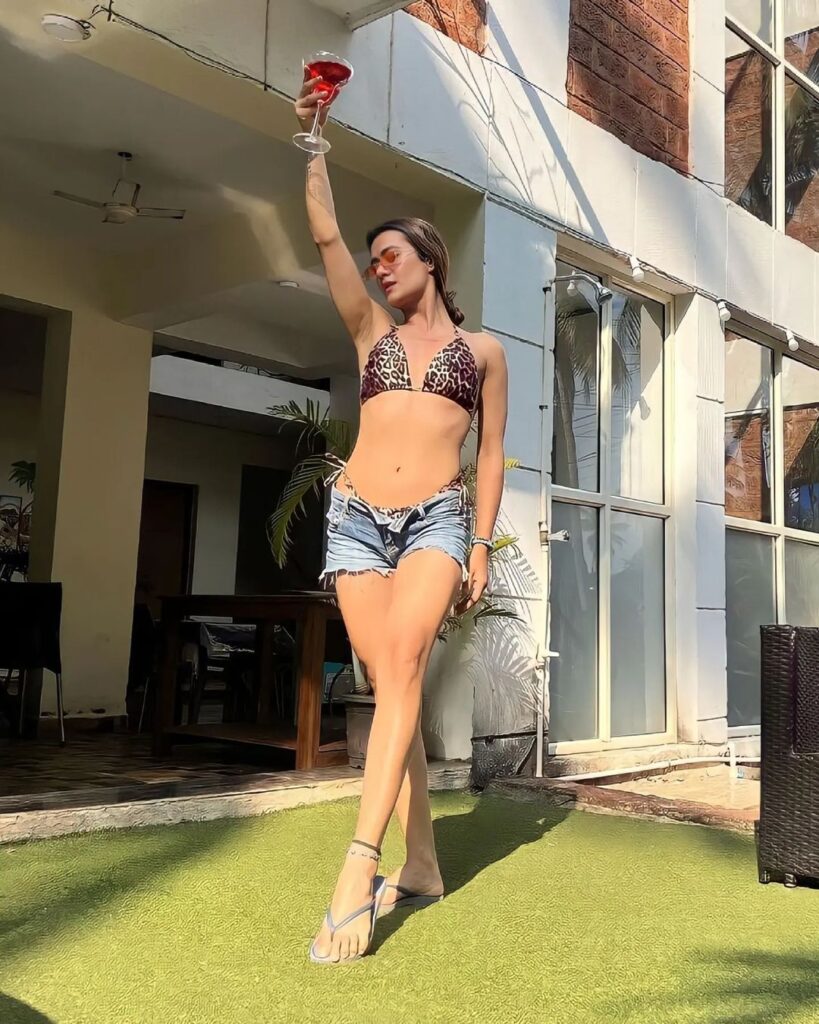 Aradhana Sharma appeared in the twelfth season of the show. She was also seen in another very famous TV show Taarak Mehta Ka Ooltah Chashmah. 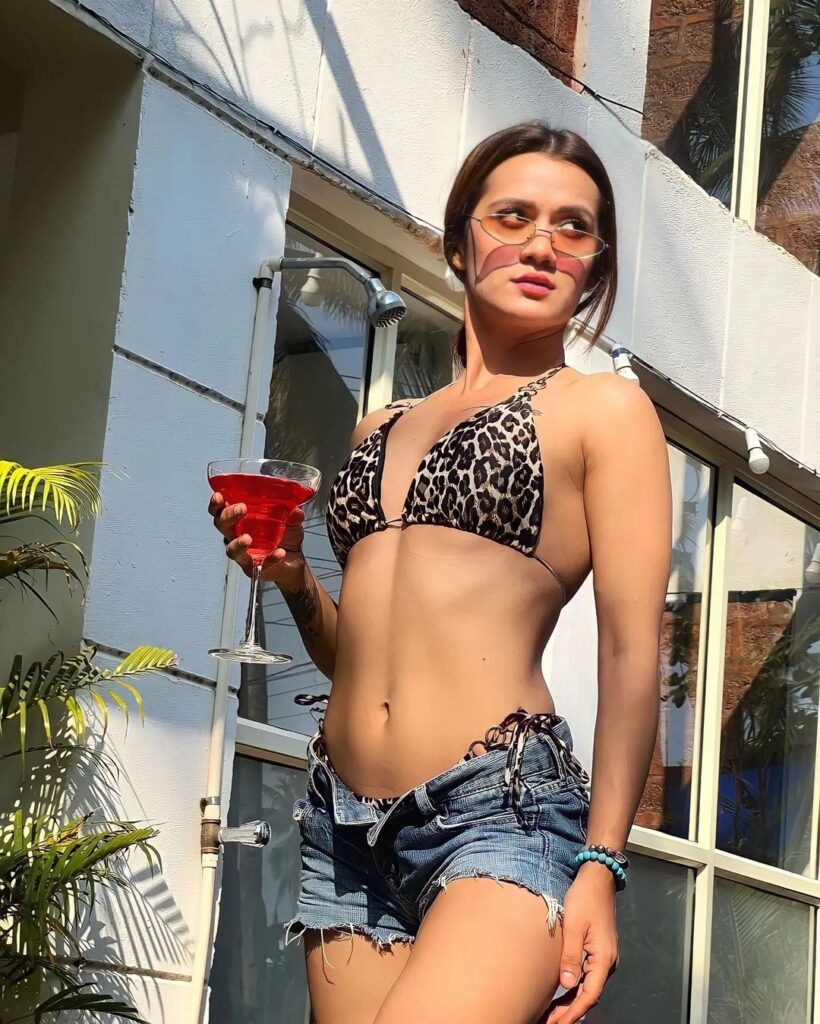