Synopsis – The OTT platform Disney Plus Hotstar seems to be in the form as they are all set to bring one film to the other for the Indian audience. They are going to soon bring the film called The Big Bull, which has the director called Kookie Gulati. Kookie has done a number of things for the film including jotting down the dialogues, screenplay, and others. While the star cast for the film includes Abhishek Bachchan, Ileana D’Cruz. Sohum Shah,  Nikita Dutta, and Ajay Devgn in the leading roles.

The other actors include Varun Sharma, Chunky Pandey, Kumud Mishra, and Lekha Prajapati are also seen in leading and supporting roles. The film is produced by Ajay Devgn, Anand Pandit, Vikrant Sharma and Kumar Mangat Pathak under the production banners called Ajay Devgn FFilms and Panorama Studios. The Cinematography is carried out by Vishnu Rao, while it is all set to release soon.

Talking about the film, it happens to be a Biographical Crime drama, which is based on the biggest scam of stocks carried out by Harshad Mehta often termed as the Bull in the early nineties. He rose from a small broker to a man who played with the loopholes of RBI and other banks to make huge money procuring shares at huge cost and thus getting higher dividends. However, when the market crashed, his scam came out, which was exposed by the Times of India journalist called Sucheta Dalal. 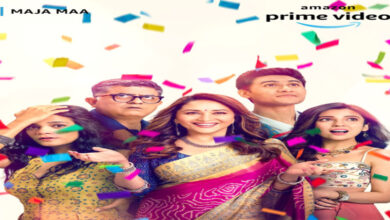