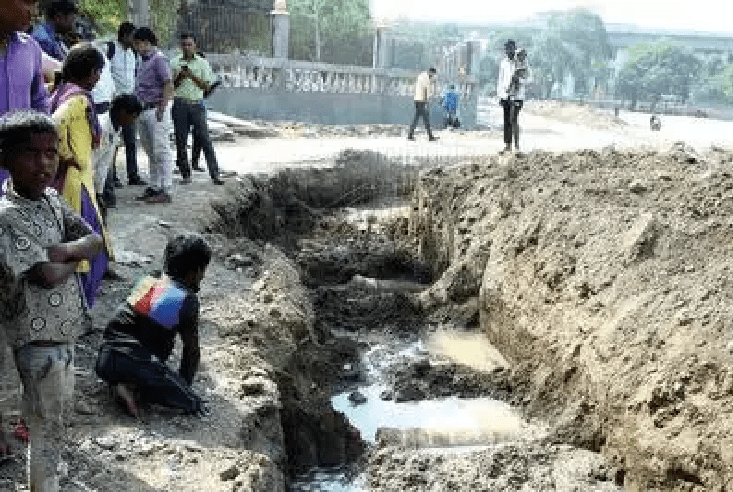 Remember a couple of cannons were dug out from Kasturchand Park a few weeks back. As per the recent reports, two more cannons have been recovered from the ground this Thursday when the drain work was under the way. With so many cannons recovered already from the ground, the experts feel that there are possibilities of having more such cannons within the ground. The ground was used by the British as the arsenal space by the British during the Battle of Sitabuldi in 1917. The said war was fought between the British and Marathas.

On the ground, we can see three of the cannons on open-air display since the four decades. Meanwhile, the others have been taken over by the city Archeological Department. As we see the civic body NMC in our city has decided to construct a stormwater network through the private agency in the area that was developed as a jogger’s place by a local solar based company a few months back.

The earlier cannons recovered were handed over the Indian Army first as they felt that these can help them in many ways, while the civic body wanted them to keep them over the ground for open display. However, with things settling down it went to the Indian Army under the supervision of the city ASI unit. The recovered cannons yesterday were found at a long-distance area from the place where the older ones were found earlier last month. Stay tuned to know more about it and others only with us.