Nagpur: Pt. Prabhakar Dhakde, the great violinist, composer, and mentor of three generations of musicians from Nagpur and Vidarbha, passed away at a private hospital on Saturday evening after a brief illness. He was 74 years old. ‘Prabhakar Dhakde Guruji’ is survived by his wife Urmila, three children, Mangesh, Kaushik, and Vishal, and a large family. The last rites will be performed at Mokshadham on Sunday at 11 am. His last public performance was in December 2022 at the Khasdar Cultural Festival.

Prabhakar Dhakde was not keeping well for the past several days and was also admitted to a private hospital.

Born on October 25, 1949 in Armori (Gadchiroli), Prabhakar Dhakde was permanently blinded at the age of three due to an accident. His father also admitted him to the Blind Relief Association’s school in Nagpur. Prabhakar Dhakde also inherited music from his father.

He learned to play violin and tabla in blind school. After completing her graduation in 1967, she got a job as a music teacher at SCS Girls’ High School. Then after his father’s death, he took over the Bhaskar Sangeet Vidyalaya started by his father in Indora, North Nagpur. He was an ‘A’ category artist of All India Radio. He represented India in many music festivals.

Irreparable loss in the cultural field of the Ambedkar movement

Prabhakar Dhakde trained generations of singers and violinists in Nagpur. His disciples also include well-known names like Akanksha Nagarkar Deshmukh, Vaishali Made, and Shrinidhi Ghatate.

Jyoti Fulzele also said, “It is an irreparable loss in the cultural field of the Ambedkar movement.”

He also said, “Guruji was an intellectual musician, who classically decorated Buddha-Bhima songs.”

Rs 600 cr sanctioned, GMCH to get facelift in new year 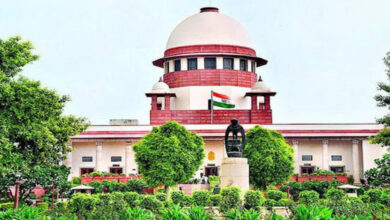 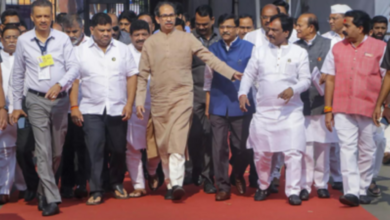