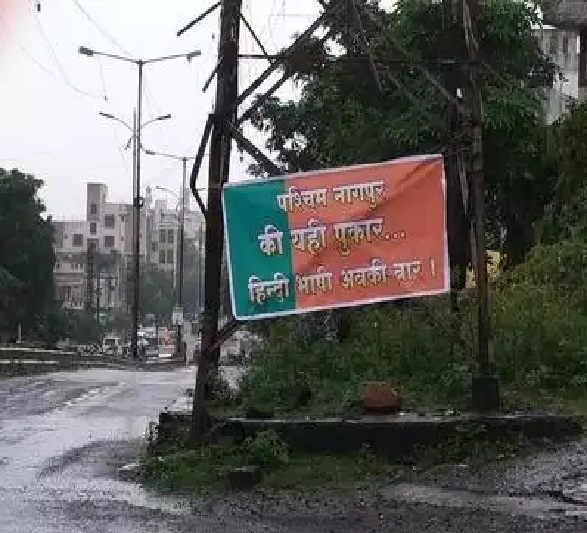 There seems to be an intense fight by the Hindi speaking lobby in City to support the non-Marathi speaking representative in the western Nagpur constituency. A flex hoarding bears testimony to this fact. It says to elect only the Hindi speaking rep from Western Nagpur. With just a few days remaining to file for the nominations, we see such demand coming from the area. The demand has to be taken seriously by a majority of political parties contesting at this place.

The residents claim that Nagpur has been the Hindi speaking area as it has remained the part of MP. Later in 1960 the region of Vidarbha was merged into Maharashtra for the convenience of the then government in power who didn’t want to leave this region for its natural resources and the financial support is used to generate for the then financial capital Bombay. The demand for separate Vidarbha has been pending since past so many years. Perhaps with such a demand surfacing in the area, the political parties have to think about it and then go for the election nomination.