Nagpur: Many thieves gangs are trying to attack people’s houses in Nagpur. With the rise of home thefts, the district is fast emerging as a hotspot for many thefts crimes. The city police find itself completely helpless to check the increasing cases of indoor thefts in Nagpur. According to the statistics, the residential areas of Zone IV and Zone V are most vulnerable to theft. Because till August of 2021 this year. Zone IV and Zone V contributed to the theft of about 62.1 percent of house breaking in the city.

The maximum number of 180 cases have been registered under Zone IV, out of which police officers were able to detect only 42 thefts. In which only about 23.33 percent have been detected. Hudkeshwar police station has topped the chart of house break-in burglaries. Because around 57 houses were occupied by thieves, This is followed by 27 cases in Beltarodi, 32 cases in Wathoda and around 22 cases. Under the jurisdiction of Ajni police station.

Around 164 house break thefts were reported in Zone V and the police officers have been able to trace around 52 of these cases. With a detection rate of around 31.70 per cent. At the same time, 49 FIRs have been registered in Kalamana police station area, 25 in Jaripatka, 31 in Koradi and about 20 in Pardi police station area. Kalamana Police has been able to catch all the thieves involved. In about 24 theft cases, and their detection rate was up to 50 percent.

Every year the thieves who rob the house go undetected. This year in 2021 also, out of about 514 such cases, only the police has been able to solve about 157 which means 30.54 percent detection rate.

Due to the absence of CCTV cameras and other security measures, it is very difficult to detect theft.

Police have to depend only on neighbors, CCTV cameras and eyewitnesses. In most cases, the CCTV cameras are either non-functional or they are not able to capture the footage of the case properly.

A senior police officer has told that the guard should keep an eye on everyone who enters. Theft cases are much more difficult to trace. Because the police should be able to trace the fingerprints of the thieves. And if the senior officers take a pledge to stop such theft cases. Then it is not a big challenge for the police officers by any means. 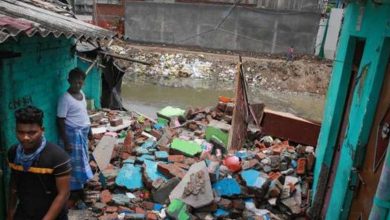