The excitement of the new captaincy rule has reached its peak in Bigg Boss 16 house. As the house master announces the captaincy task in which ‘Raja’ Sajid Khan’s favorite contestants are going to compete against each other. Ex-captains Nimrit Kaur Ahluwalia, Shiv Thakare, and Abdu Rozik have been given the chance to earn the captaincy in a task that has also included the non-favorites Ankit Gupta, Tina Datta, Archana Gautam, Priyanka Chahar Choudhary, Shalin Bhanot, and Soundarya Sharma. The non-favorites would one by one occupy a very large makeshift skeleton in the activity area and then reveal a challenging task to one of the contenders for the captaincy. Also, these challenges include doing 100 push-ups, eating a bowl of salt, swallowing three water bottles, and eating two teaspoons of chili powder or a raw egg.

Sanchalak Sajid Khan will closely monitor the nuances of this entire exercise. Now it is going to be very interesting to see who among the former captains is going to be the next captain of the house.

Archana and Soundarya have given separate talks on the same subject

Amidst this captaincy tension, Tina Datta and Shaleen Bhanot’s love affair is in full swing. Shiv Thakare and Nimrit Ahluwalia talk about the relationship dynamics between Tina and Shaleen.

Shiv also feels that Tina Datta is completely changing her stand about her feelings for Shalin too many times. And Nimrit also observes that both of them talk excessively about each other in the event of a fight. Both Archana Gautam and Soundarya Sharma have given separate talks on the same subject.

The former also believes that Tina is too smart to get into a relationship with Shalin. And both Tina Datta and Shalin are trying their best to fool people with their fake love to get ahead in the game. Now we have to wait to find out and also whether their much-talked-about love story will stand the test of time or not.

Also Read: Superstar Bianca Belair wants to break the internet by tagging along with music stars 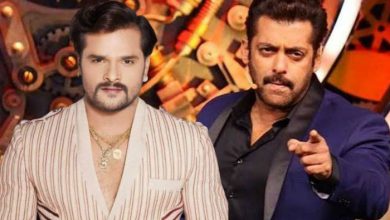