Nagpur: A 52-year-old woman suffering from eisenmenger’s syndrome is facing cardiac arrest in a rare combination with the existing condition. Having an adopted daughter of 11 years old, a team of doctors at Wockhardt Hospital has made sure that they have saved the mother by performing a very rare surgery.

At the time he saw her, he was constantly feeling breathless in his stomach and legs, Interventional Cardiologist Dr. Nitin Tiwari has said.

Dr. Nitin Tiwari has also said that in Eisenmenger syndrome, there is increased pressure in the right side of the heart. It usually occurs in patients with unknown holes in the heart since birth. Due to the extra blood flowing from left to right, the growth of the child stops. Heart failure or recurrent upper respiratory tract infection is also an indicator.

Dr. Nitin Tiwari has said that if it is not treated, then the extra blood goes to the lungs and then becomes fibrous. The pressure on the right side also increases significantly. Due to this mixing of blood also takes place. Saturation is also greatly reduced as blue blood (deoxygenated) mixes with red blood. The patient’s complexion also appears blue. The color of the skin, lips, nails, also becomes blue.

Along with this, one of the valves of this patient also had a blockage. The right side of the ear (inflow) was suppressed.

Dr. Nitin Tiwari has also claimed that their combination is very rare and has not been reported at all till now. Any Eisenmenger syndrome patient is disabled.

He has said that he ballooned it to open the valve. The patient’s condition has improved a lot, he is breathless and the swelling has also reduced considerably. 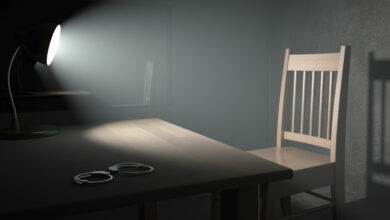