Amravati: Seven dangerous explosions took place in the Kandali area of ​​​​Achalpur city of the district on Sunday morning after seven LPG cylinders exploded one after the other. And fortunately, no one was hurt and there was no damage to the property of the residents at all. Madan Jadhav, Tehsildar of Achalpur has told that this incident took place in the Kandali Gram Panchayat area at around 8 in the morning. Along with this, the residents started running here and there after hearing the sound of serial blasts in the village.

Madan Jadhav has also said that one Kiran Gupta runs Shriram Gas Agency, And the warehouse of this agency is right on the side of the road. The owner had also raised a shed about 500 meters from this godown and had also thrown several cylinders and furniture there.

Madan Jadhav has also said that the torn cylinders were confiscated by the police and returned to the agency after the court order.

He has said that the process of registering an FIR against Kiran Gupta, the owner of the gas agency, is still on. Because they were told by the Gram Panchayat to remove the shed after complaining to the residents. The Tehsildar has said that HP Gas experts have just reached the spot to investigate and their report is awaited.

Madan Jadhav has said that the exact number of cylinder bursts will be known only after an investigation of the matter. But the HP team has also confirmed about seven cylinders burst.

Along with SDO Sandeep Kumar Apar, the fire brigade, police, and security teams also reached the spot to look into the matter.

Apar said that this massive fire was brought under control after a struggle for about two hours. He said that the agency’s godown has now been completely emptied and the cylinder has also been shifted to another godown.

Madan Jadhav has also said that despite being called Kiran Gupta did not reach the spot at all. The Tehsildar has said that the cause of this horrific fire is being investigated. However, he has categorically ruled out the possibility of a short circuit yet. He has said that no defect of any kind has been found in the power supply of the shed at all. 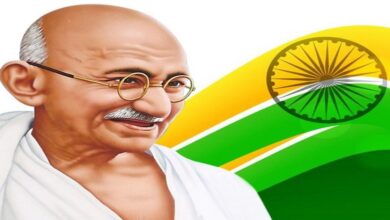