For a long time, a lot of news related to wild card entry in the reality show Bigg Boss 16 house is making headlines. However, it also looks like we finally have a pretty solid name. Several media reports also suggest that Sreejita De, who was the first contestant to get evicted from Bigg Boss 16, may now re-enter the show. Reportedly, the Uttaran actress is all set to make a comeback on Wednesday night with a huge bang as a wild card contestant. With the re-entry of Sreejita De, it is going to be very interesting to see how the equations inside the Bigg Boss 16 house change. However, with the news of Sreejita De’s comeback making headlines, fans are also speculating whether this will also mean that Tina Datta will not be evicted at all this week.

One of the social media users tweeted, “Looks like Tina has now found content other than Shalin.” Another fan wrote, ‘Very happy. Tina definitely isn’t leaving this week. It would be Stan or Dumbledore. They won’t take out Nimmo so soon.”

Tina Datta and Sreejita De had worked together in the very popular show Uttaran (2008). However, there was always a rift between the two in Bigg Boss house. After her eviction, in an exclusive interaction with the media, Sreejita De also categorically clarified that she and Tina are not friends. He further added that he never really liked Tina’s vibes at all.

“To be honest, I was very honest from day one. When Salman sir introduced us on the stage as well, I clearly said that we are not friends. Tina tried to talk to me thrice. He told me that we should play together and said that we are not enemies. I told her clearly that she is not my friend. Several co-contestants including Manya and Priyanka asked me about our (his and Tina’s) bond, I also told him that we have known each other for 10 years but we have never been friends because I don’t like his energy and vibes. Even she doesn’t like my vibes,” said Sreejita. 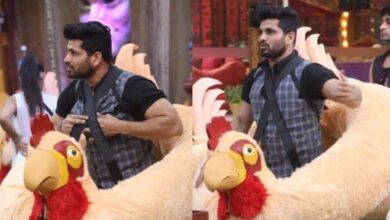