As we all aware that IPL 2020 have started and all eyes are focused on today’s match as it is between KKR and MI, we all know IPL 2019 was won by MI but this year the IPL started between MI and CSK and CSK won. There have been a lot of predictions regarding todays match, some of the predictions are follows:

We all know Robin Uthappa and Chris Lynn are gone from KKR and now Shubman Gill is likely to open todays match and will get a chance to showcase his talent.

Over the years Sunil Narine have been an important player of KKR .MI should be careful in todays match as he is off-spinner and he have been an amazing opener in previous matches.

Nitish Rana is another promising player of KKR who is known for playing at the 3rd position, it might be a strategy of him or we might say it’s the most suited position to show his talent. Let’s see what happens in today’s match.

If today’s match KKR wins then absolutely we can say Eoin Morgan have played an important role along with Dinesh Karthik, where Eoin is known to the all-time leading run scorer and most capped player for England in ODI matches, MI should not take him lightly. This is the best chance for Karthik as he has to prove himself why he deserves a spot in the T20 World cup for India next year.

We all are aware how Rinku Singh played fabulously in domestic cricket for Uttar Pradesh, let’s see how well he faces off MI today.

Andre Russell is widely regarded as one of the greatest T20 players. And we have seen how well he have played in his previous matches, hope to see him play well as he played in T2O.

Last year was a unforgettable year for Kuldeep Yadav but we have seen how this man learns from his mistake, hope we see a better Kuldeep today.

We all are eager to see the improved bowler Prasidh Krishna, and we hope he is also eager to start well this year.

Shivam Mavi is another prominent player who is likely to get spotlight in today’s match.

The net is flooded with predictions of KKR and MI match, all predictions will get there answers after today’s result. 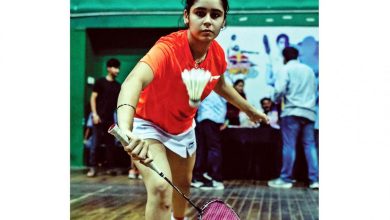