In a serious incident taking place in Gondia, a city near Nagpur has witnessed a 20-year-old young Engineering student was injured in an acid attack in the district informed the police. As per the police report, the incident took place when the victim from a known engineering college in Nagpur was attacked by unidentified men on a bike who threw acid over the student at a village called Mundipar in Gondia district.

As per a local resident of Khalbandha village of Gondia district, men came on their motorbike and threw acid on this young man when he was standing near the bus stand at the said location. The boy was waiting for the bus to reach Nagpur when the two men covering their faces appeared and tried to smash his face with the dreaded liquid.

Soon after the attack, the unidentified men fled away in their bike without allowing anyone to nab them from the crime scene. On the other side, the villagers then rushed the boy to a nearby hospital. The student was then shifted to Nagpur for proper treatment and medical care. The police has registered the case and have now started the investigation. Mr. Atul Kulkarni, ACP of Gondia Police has ordered a quick action by the local police. While talking about the case, he said a few people have been detained in this case and the inquiry is under the way. Stay tuned to know more about this news and others only with us. 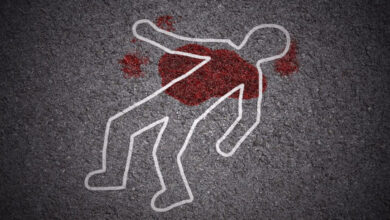