Nagpur: A day after Diwali, a lot of firecrackers were scattered on the streets of Nagpur city. The Sanitary Workers of Nagpur Municipal Corporation (NMC) also worked very hard and not only cleaned the internal and major roads but also collected a huge amount of garbage. 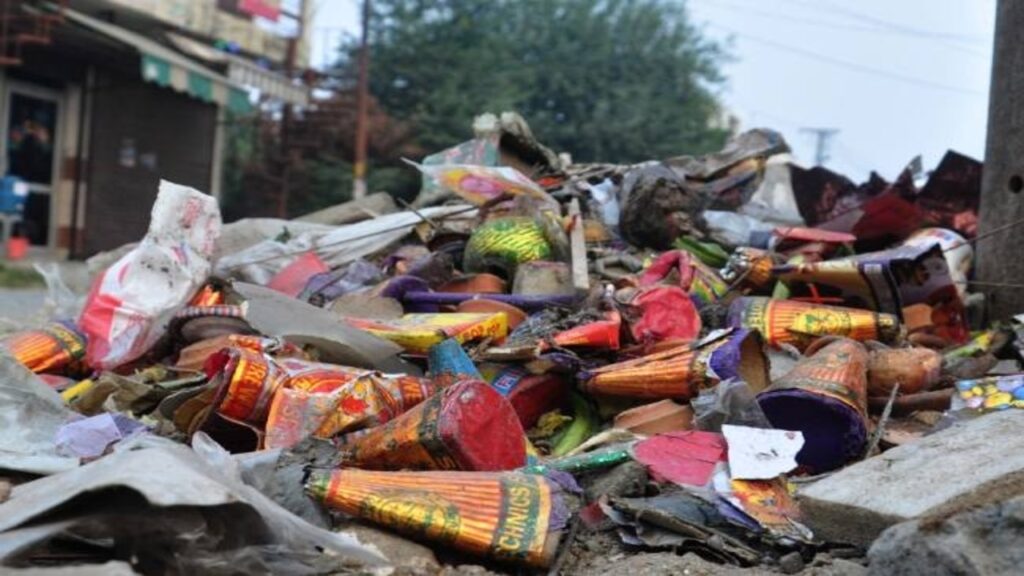 The solid waste management department of NMC also said that it had lifted 1,235.39 metric tonnes of garbage till 6 pm on Tuesday and generally, the solid waste management department, Deputy Municipal Commissioner Dr. Gajendra Mahalle has also said that the work of collecting the city’s garbage till 9 pm through two private firms AG Enviro and BVG India is also going on.

TOI recently highlighted that the city’s garbage production has increased by about 200 metric tonnes due to pre-Diwali cleaning. Along with this, the average garbage collection in Nagpur city in the last six days (from 20 to 25 October) was also 1,331.27 metric tonnes per day.

On Monday, due to the bursting of firecrackers, more garbage than normal was generated in Nagpur. Sanitary workers had also started working before their normal time and in some areas, they even worked till late afternoon.

The data shared by the SWM also indicates that the highest amount of waste was generated by the Lakarganj area. Here, in the last six days also, SWM through BVG Enviro collected 933.99 metric tonnes of garbage. The least amount of garbage has been collected from the Nehru Nagar zone. Here AG Enviro had lifted 708.87 MT of garbage.