Actor Salman Khan’s upcoming film ‘Kabhi Eid Kabhi Diwali’, which is currently titled ‘Bhaijaan’, has been in the news a lot for more than one reason and most notably for its cast. The makers have also roped in Shehnaaz Gill, who has become a very popular name ever since she participated in the 13th edition of ‘Bigg Boss’. Just now we also learn that the star of the social media platform, Palak Tiwari (TV actress Shweta Tiwari’s daughter), is the latest to join the cast. Contrary to the many rumors that actress Shehnaaz Gill will be hooked up with singer-actor Jassi Gill, We can also tell you that it is Palak that has been taken with him.

A unit hand also told us, “Palak has been chosen by Salman himself. She will be seen opposite Jassi and has an amazing track in the film. She has joined the shoot.”

Despite repeated attempts, we could not reach Palak for comment. Helmed by Farhad Samji, the film also stars Raghav Juyal, Venkatesh, Pooja Hegde, and Siddharth Nigam. Palak has also impressed the audience a lot with her style and dancing skills in many music videos. With this big-ticket Hindi film, the audience will now get to see a glimpse of his acting.

Palak has worked as an assistant director in actors Salman Khan and Aayush Sharma’s film Antim: The Final Truth. She even shared the stage with the superstar in an episode of the reality show ‘Bigg Boss 15’ and was praised by all of them later. His mother, TV actress Shweta Tiwari, was the winner of ‘Bigg Boss 4’ (a reality show hosted by Khan).

Incidentally, Aayush Sharma was also a part of the film – he must have worked with his brother-in-law actor Salman Khan for the second time after ‘Antiem: The Final Truth’. However, Aayush has opted out of the project citing creative differences.

Also Read: On Maniesh Paul’s podcast, Govinda opens up about his feud with Krushna Abhishek 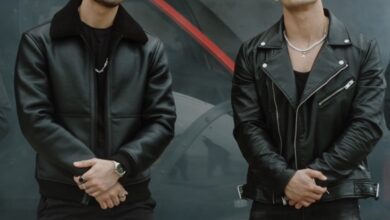