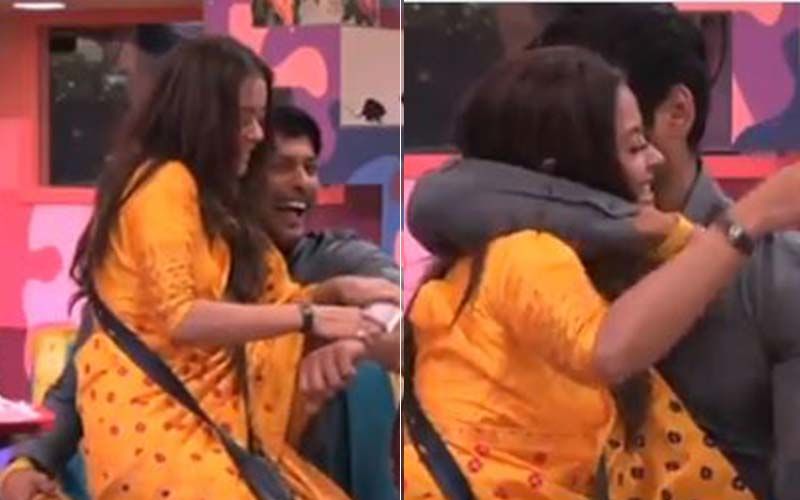 Weekend Ka Vaar was epic this time as the house members had a lot of fun this time. While playing a game of waxing Siddharth Shukla kisses Devoleena Bhattacharyya who, took her also old bahu avatar in Bigg Boss house.

Evergreen Bollywood actor Anil Kapoor and his team came to the Bigg Boss for promoting their film Pagalpanti. They also did some real Pagalpanti with the host Salman Khan and also with the contestants of the house.

Male contestants were selected for this task to double the fun. Vishal Aditya Singh, Hindustani Bhau, Paras Chabra, and Siddharth Shukla had to be part of this task. The guessing job in the case of Siddharth was given to Devoleena Bhattacharyya, who looked really hot in her yellow saree.

Salman asked few questions to Devoleena and she answered No for many questions. Devoleena waxed Siddharth Shukla’s arm hairs by sitting on his lap. They looked stunning and super hot. As she pulled the strip, removing Siddharth’s hair, he was in a painful position and a hugged Devoleena tightly close to her face. This appeared as of Siddharth Shukla was trying to kiss Devoleena Bhattacharyya. This situation becomes the most remarkable moment of the episode and received a lot of applaud and laughter form the Bigg Boss house.

The audience also are liking their unique relationship of friendship along with being rivals. The whole house is entertained by them and they are also entertaining the public, very well.