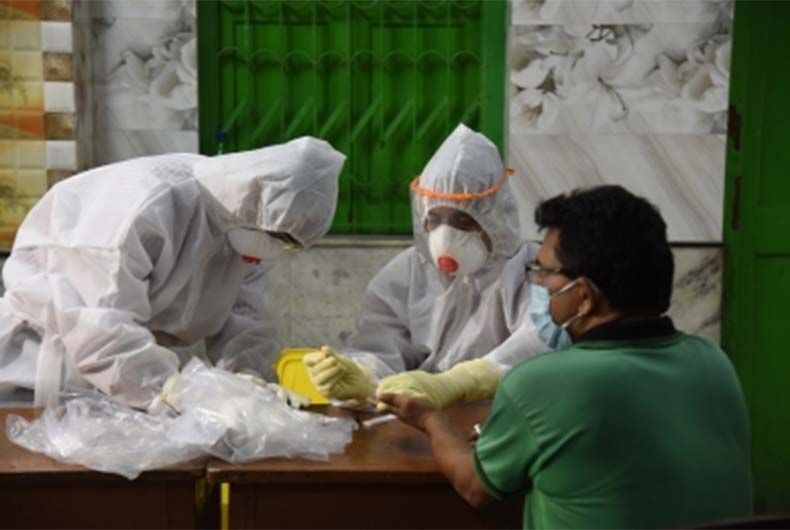 Nagpur: News has come out that eight out of eleven districts of Vidarbha now have at least one sample sent for genome sequencing test which is good and positive for the delta variant. These districts have started increasing the number of RT-PCR tests to check the spread of the new variant. Nearly 2,000 tests were conducted in Amravati and Chandrapur on Thursday, and the same number of tests conducted in Nagpur has crossed 5,000. and it is said that Akola and many more districts are going to get more stock of vaccines by this week to run a big campaign.

This Thursday was the 6th consecutive day when no death of Covid-19 has been reported in 11 districts of Vidarbha so far. This is the longest no-Covid-death period in Vidarbha since the month of May 2020. And let us tell you that in the month of August, for Vidarbha, about 16 out of 26 days have been Covid death-free, which is a very good indicator. And it is said that 14,519 tests were conducted in Vidarbha, out of which only 26 people were found positive.

This is said to have brought down the test positivity rate in the area to around 0.17%. It has been reported that not a single new case has been registered in Wardha, Akola and Gondia. New cases have come out in Bhandara (3), Washim (1), Buldhana (2), Chandrapur, Amravati and Gadchiroli (4 each). Only six cases have been reported in Nagpur. On Thursday, 31 patients were cured. Out of 11,19,388 Covid patients in Vidarbha, 10,97,768 have recovered completely.

More than 98% people have been cured, which is better than all the state and national averages so far. And it has been reported that only 262 patients are undergoing treatment, most of these patients are inside home isolation.

Wardha: None of the 480 people tested positive on Thursday. 1 patient was discharged, taking the total number of recoveries to about 48,061 and four patients were released for treatment in the hospital. and 49,390 is the caseload, 1,325 is the toll. No new deaths have been reported so far.

Amaravati: After the recovery of new cases four and three, the number of caseloads on Thursday stood at 96,655 and the number of recoveries at around 95,047. The district of Amravati has not reported any Covid death so far. Only 46 patients were still undergoing treatment.

Yavatmal: Tell the people that so far no one has died in the district, while the death toll is 1,787. The administration received test reports of 391 people, out of which the reports of 2 people were found positive. Nine patients are currently undergoing treatment. So far, out of about 72,840 patients, 71,044 people have been cured including five on Thursday. The test positivity rate is 10.17% and the death rate is 2.45%, the daily positivity rate is 0.51%.