Chandrapur: The dreaded tiger of Armori range, responsible for the killings of two human beings, was caught by the rescue team from Tadoba Andhari Tiger Reserve (TATR) in the evening on Monday. Within a span of 24 hours, it was two consecutive killings in both the agricultural fields that had incited people against the forest department, Due to which the authorities were forced to issue the capture order against the problem tiger very much. 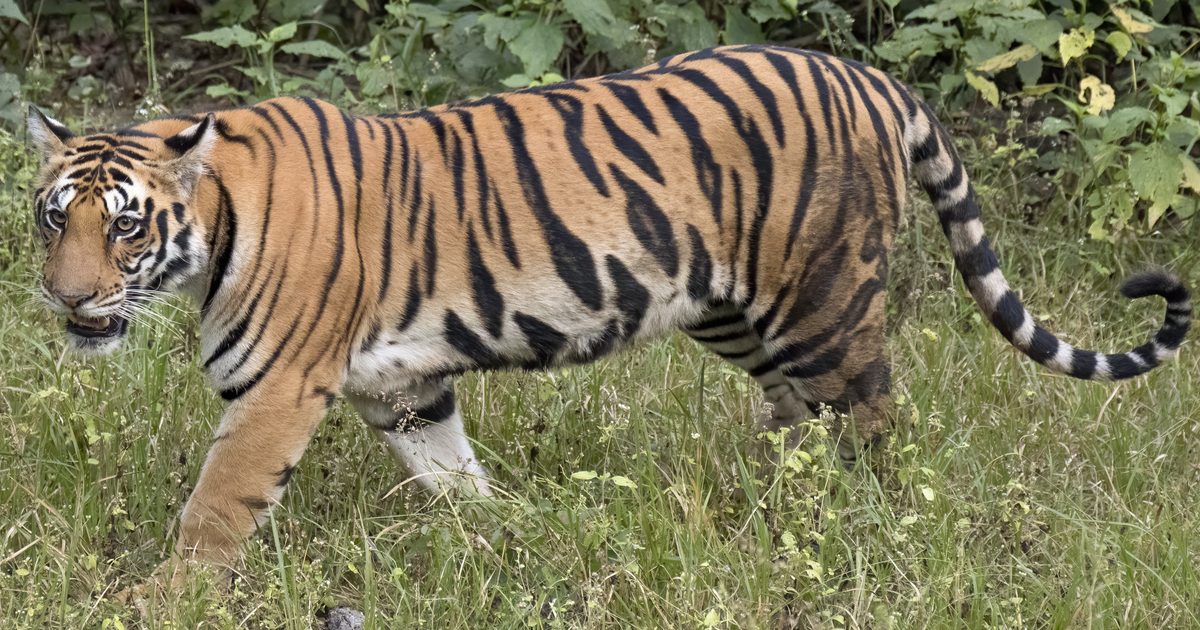 The Rapid Response Unit (RRT) of Tadoba Andhari Tiger Reserve had also been deployed for this operation. Simultaneously, a sub-adult male tiger, identified as T-9, had also killed a woman in a field near Arsoda village in Armori tehsil of Gadchiroli district on May 13. The same tiger had also badly killed another farmer in a field near Armori the very next day. Which was only one km away from the previous murder site.

Where the residents of the surrounding villages were also very frightened by the two murders within 24 hours, At the same time, people’s representatives and social organizations had put pressure on the forest department to neutralize the same problem.

Shot the dart from the car’s sunroof

Under this pressure, completely bowing down, the Forest Department had also issued the possession order. And the same Rapid Response unit which had recently completely caught the dreaded leopard of Durgapur had already been deployed in Armori. Forest workers had also put a bait dam at the sensitive spot and the rescue team was waiting for the tiger in a vehicle in the scorching sun.

Veterinarian Dr. Ravikant Khobragade, who led the team, said that in the evening the cat had come on the feed kept in compartment number 67. Shooter Ajay Marathe then shot the dart from the car’s sunroof and the animal was knocked unconscious. Then Ajay Marathe made the 32nd defense of the tiger with the right shot.

The captured tiger has been shifted to the forest depot of Armori range. It is also likely to be shifted to Gorewada Rescue Center in Nagpur on Tuesday morning.