In the recent lockdown, we see rumors and fake news spreading like wildfire. Just when the entire city is in the lockdown, we saw one audio clip getting viral of two men communicating on phone about the COVID 19 spread in the city. They talked about the grim situation in the city with 59 positive cases for the contagious virus. In the major breakthrough, the cyber police cell of Nagpur has arrested three men behind making this audio clip and spreading on social media.
The clip has talked about the grim situation in Nagpur stating that it has the worst conditions with more than 59 cases in the city and that the State CM has come to know who is soon going to take action after his press conference. However, soon the Div Commissioner of Nagpur announced that the audio is fake and it has nothing to do with the reality. With cyber cell coming into action, the police were soon able to crack their IP address from where the audio clip has gone viral on the web.
The cyber cell along with the police was able to catch the culprits and there were three people who were identified as Jay Gupta (37), Amit Pardhi (38) and Divyanshu Mishra (33). The City police were seen acting and then nabbing the same. In fact, the Sadar police station has been active on grabbing the culprits after they got the audio clip to them. The conversation taking place in the clip was between the two people called Gupta and Pardhi. While the businessman owning a club based at Ajni along with other business establishments were seen taking action. 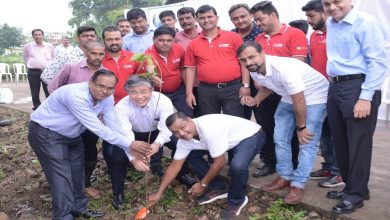